Third time's the charm!
Check out AWC's third episode and learn more about the contributing artists below: 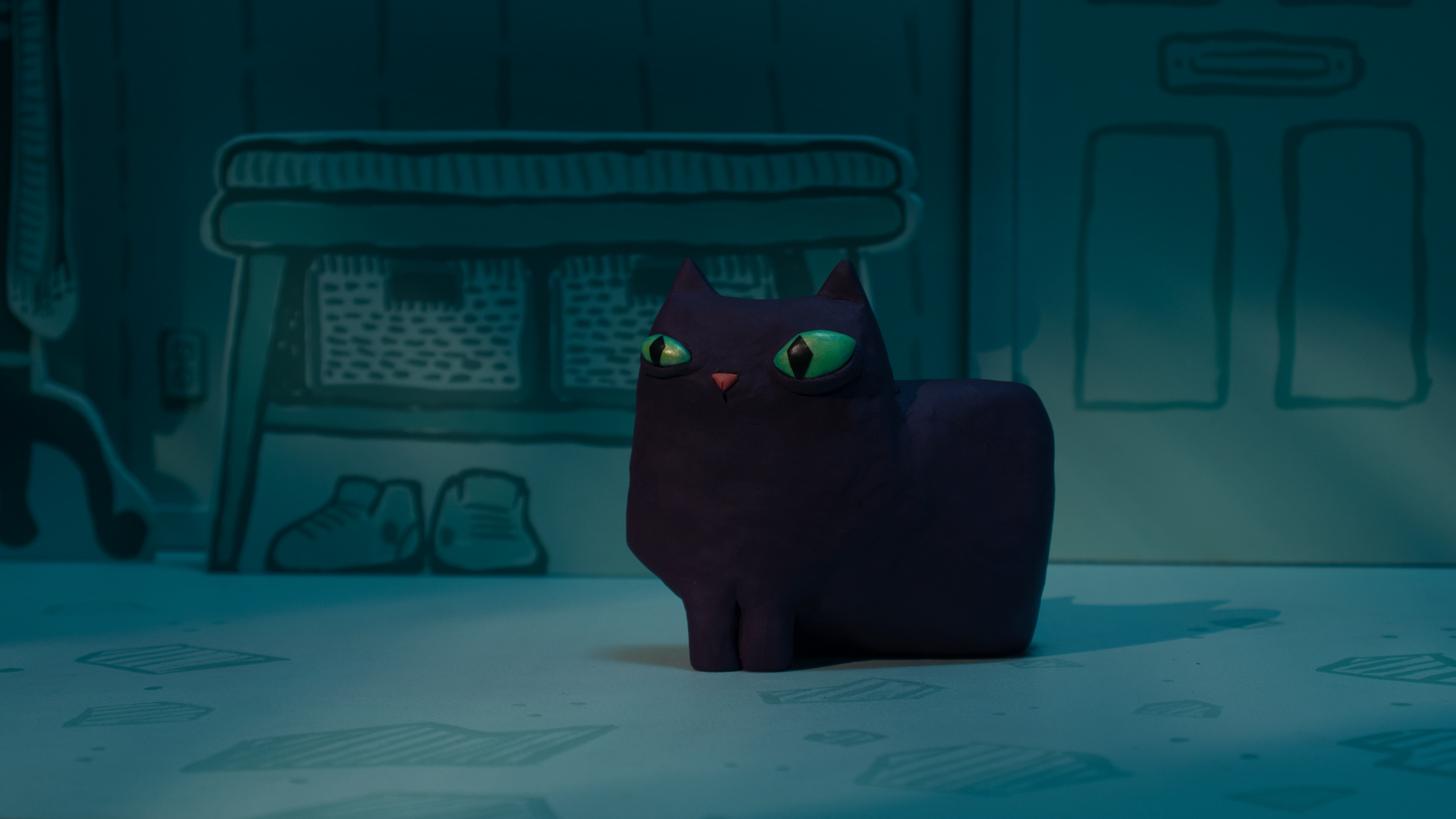 0:06 Magical Cat
By: Threadwood
Instagram: @_Threadwood
Co-Creator / Production Designer, @alexiseved of @_threadwood , shared a bit about the process of making Magical Cat Episode 3 :⁠
⁠
I thought it'd be nice to slow things down with a time-lapse of watching paint dry. ⁠
⁠
I start designs for every short by illustrating the background space we think the Magical Cat should be hanging out in for the action we've decided on for the episode.⁠
⁠
Next, I mock up the space to camera with some cardboard and a sharpie and trim/redraw until it feels just right. 2D elements can be a little funny to manage in a 3D space, but the effect is so fun that it's worth the extra efforts.⁠
⁠
Then I cut out the big shapes on my band saw and hand sand the edges to clean up and finish.⁠
⁠
The last part featured in this time-lapse is my favorite - the paint job. I start with a solid colored base (same as the walls and floor), add the dark outlines and then fill with a variety of medium tones to imply texture and details.⁠
———

0:50 Monster Cookie
By: Sean Malony
Instagram: @seanchiridion
Instagram: @apartmentdfilms
Animation Wild Card presents, @seanchiridion:⁠
⁠
Sean Malony drinks fire for breakfast and shoots lightning from his fingernails. Some believe him to be a figment of society’s collective imagination - this has yet to be disproven. He is a stop motion and 2D animator, and the Creative Supervisor at @apartmentdfilms, specializing in explosions and dynamic stop-motion effects.⁠
⁠
Originally hailing from New Jersey, Sean spent his childhood obsessed with cartoons and pursuing a variety of artistic and scientific education - from oil paining, to robotics, to clarinet. He began animating at around 13 in an attempt to actualize his mutant powers, eventually leading to wild adventures and lifelong friendships in the School of Film & Animation at RIT. He animated a pumpkin puking itself into oblivion, and received a standing ovation for his senior thesis film, “Sean’s Thesis: The Movie,” which featured a gargantuan tidal wave cat crushing elemental monster children.⁠
⁠
Since moving to Los Angeles, Sean has continued to pursue the perpetual development of his craft, honing his skills on shows such as Robot Chicken, Buddy Thunderstruck, and Super Mansion. Together with the fellow artists of Apartment D, Sean aspires to be the rising tide that raises all boats. They are currently working on their next explosive independent short, The Blue Mist!⁠

Director / Animator , @seanchiridion , shared a bit about the process of making Monster Cookie:⁠⠀
⠀
⁠The living statue scene from Jason and the Argonauts scared me speechless when I was around 3 years old - animation and anxiety have always been perpendicular aspects of my life. As a kid I thought monsters very literally lurked in the basement and attic of my house, inspiring the base idea for this short. The real idea came from my old Kodak Easyshare point-and-shoot camera.⠀
⠀
The first 5 years I was animating I didn’t even know frame-grabbing software existed, but would shoot blind with that camera on a mini-tripod on the floor, and sequence the camera files in Toon Boom Studio 3 and Windows Movie Maker. In college I was introduced to Frame Thief and Dragon, and those blasted my mind like a supernova. But through my start as a professional animator, I felt like I was relying too much on playback and toggling frames.⠀
⠀
So for the night I made this I abruptly duct-taped my old camera to a milk crate, cut and painted some cardboard puppet parts real quick and animated blind again. Holding the previous couple frames in my mind was a rad challenge of concentration.⠀
⠀
One of my professors in college had literally animated blind one time - he had just had eye surgery, so with a stack of post-it notes and a pencil, he went back and forth through the stack animating a ton of different shapes in different free-form morphs, having tracked them just using concentration and sense of touch. He showed us the filmed loop in class and it’s inspired me since.⠀
⠀
The art and experience of animating is fascinating; the intersection of your thoughts, your body, the objects on stage, the objects on screen and the audience. Also cookies rock! Keep animating!!⠀ 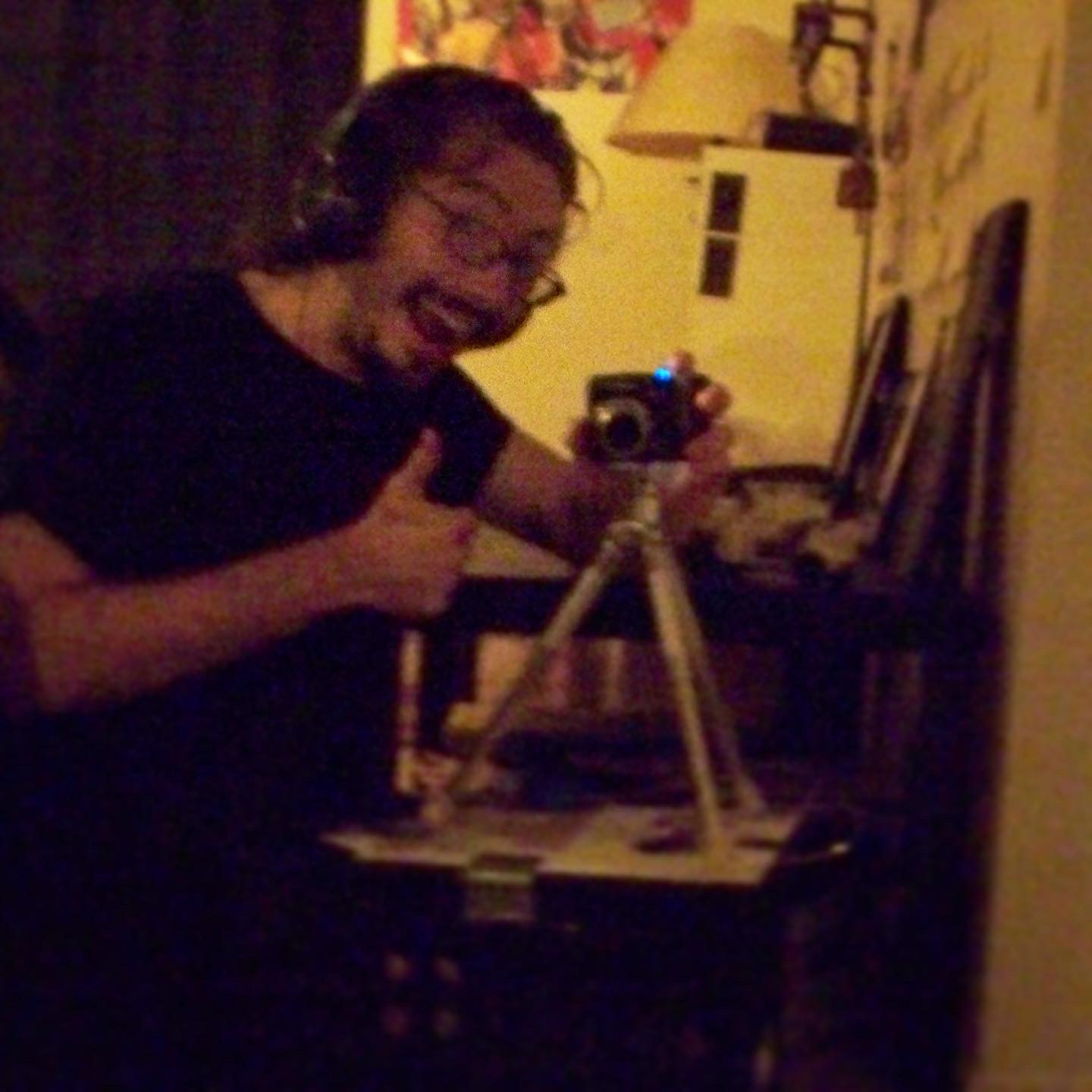 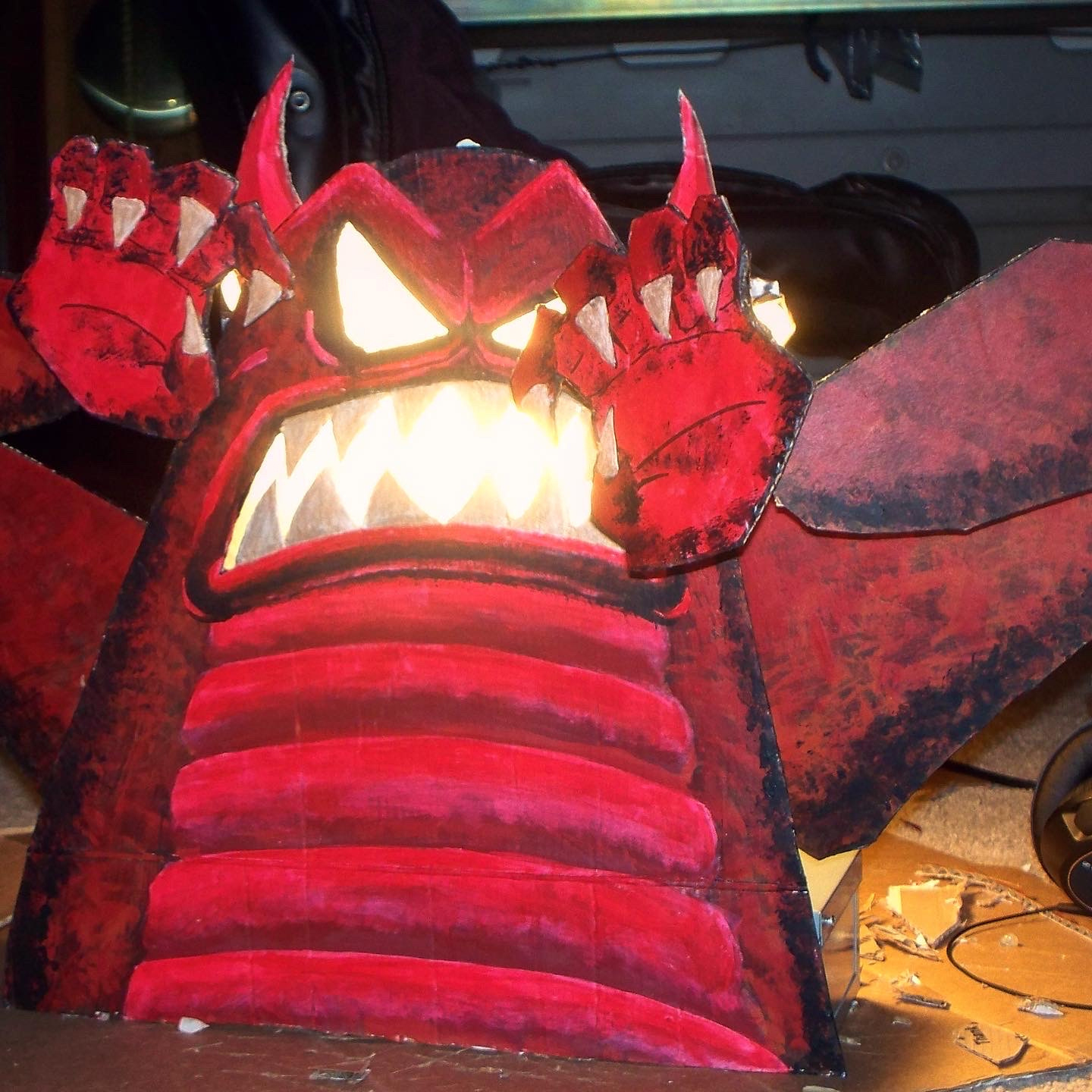 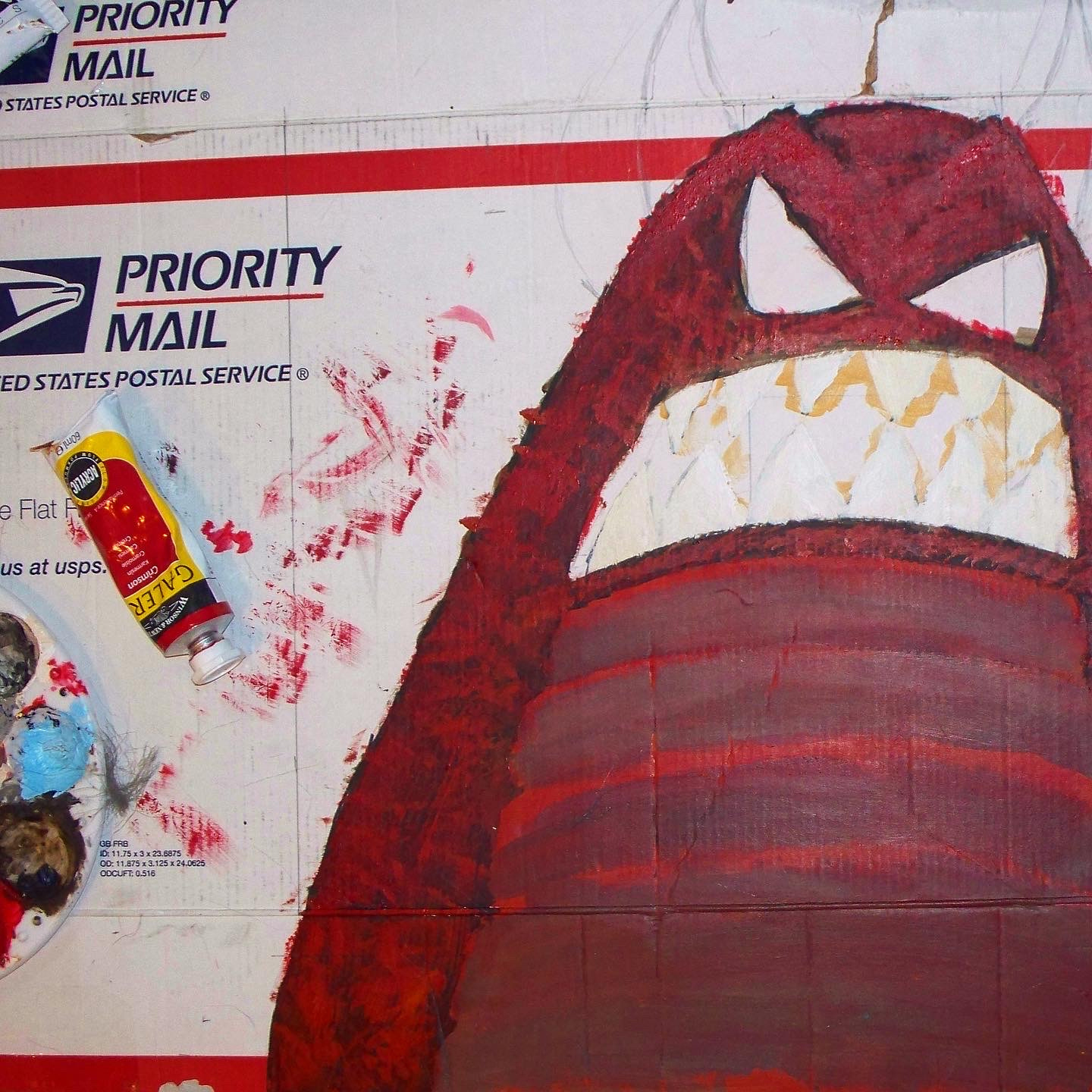 1:27 Square Squad 3
By: Joe Heinen
Instagram: @joe.heinen
Animation Wild Card presents, @joe.heinen ⁠(AGAIN - HUZZAH!) for Round 3 :⁠⠀⁠
⁠⠀⁠
Joe Heinen is a stop motion animator living and working out of Portland, OR. Born to a ghosthunter mother and rocket scientist father, Joe became interested in stop motion animation at a young age, eventually deciding to pursue that interest professionally. He studied film and animation at the Rochester Institute of Technology. Joe has spent the last six years working on such stop motion projects as Anomalisa, Tumble Leaf, and Cosmos. He is currently animating on Wendell & Wild. When not animating, Joe can be found making artisan ice cream and goofy drawings.⁠⠀⁠

Creator, @joe.heinen , shared a bit about the process of making Square Squad 3:⁠⠀⁠
⁠
I’m not much of a sports buff, so for this short I did a lot of research of sports footage to try to capture specifics of the actual gameplay as well as the energy of the athletes. Here’s an example of a clip I referenced for the dance of Ray Lewis.⁠
———

1:54 Home
By: Kaley Powers
Instagram: @kapow.art
Website: http://www.kapow.myportfolio.com
Animation Wild Card presents, @kapow.art (AGAIN - WOOT!):⁠⠀⁠
⁠⠀⁠
Hi! I’m a stop motion animator/fabricator and illustrator from Los Angeles, where I studied at UCLA and am currently working on shows Micro Mayhem and Crossing Swords at Stoopid Buddy Stoodios. ⁠⠀⁠
⁠⠀⁠
At first slated to pursue zoology, I had a change of heart in high school and decided to pursue art instead, where my science-focused upbringing influences my calculated approach to creating. Outside of art, I enjoy traveling, music, trying not to kill the plants in my apartment, and old-school film photography.⁠⠀⁠

We asked @kapow.art some behind the scenes questions about her process in general and making Home from Animation Wild Card - Episode 3.⁠⠀⁠
⁠⠀⁠
If using an old project - When is this from? Do you have a favorite part of the fabrication/shooting process?⁠
⁠
This project was from my senior year in college! One of the things that I like about it is that it’s so low budget and scrappy, I remember that I had no time to shoot and it was late at night so I had to use materials in my college apartment, which ended up being lined binder paper, wire, and a dorm room staple: fairy lights. I also had to shoot frames using my toes in order to get both of my hands in the shot, which was a lot harder than I thought it was going to be.⁠
⁠
Where were you working from? How did you solve your space needs?⁠
⁠
I shot this in my college apartment where I shared a bedroom, so all my animating was done on my desk in about a 2 ft x 1.5 ft area. The beginning was shot with a budget downshooter that I had built using a computer monitor stand, a piece of plywood, and a camera tripod plate, and it clamped to my desk so it had no footprint on my very small work surface.⁠

Director / Animator @quiqueriverarivera of @achostudio, shared a bit about the process of making his Quarantine Chronicles :⁠
⁠
During the first weeks of lockdown I decided to make a series of short animated loops of objects lying around the house. They were intended to be short pieces that would take me a day or two from beginning to end, but some, like this one, ended up being a lot more involved. Animating it only took an hour or two, but as it turns out, the post production on a no-budget/smartphone shot/available light stop motion piece that requires special effects takes a lot of time. I had to remove myself from each picture individually in After Effects and then manually placed a flipped version of the edge of the gloves behind to make the gloves look hollow on every single frame as well. ⁠
———

3:22 Transplant
Story, Design & Illustration: Meg Hunt
Instagram: @meghuntillo
Story, Animation & Sound: PMurphy
Instagram: @_pmurphy
Below is a bit more about the genesis of their short and how they collaborated!⁠ ⁠⠀
⁠⠀
Description: Made for dream themed animation show. Participating artists had two months to complete a piece up to two minutes in length, utilizing two or more dream symbols picked from a list. Transplant's dream symbols: Eye & Flower⁠⠀
⁠⠀
Synopsis: The main character, Flora, is camouflaged into her environment and comes to life when she gets curious about a new visitor. Flora is playful and rambunctious despite her worn-out eye; this playfulness gets her into trouble at first, but after meeting a mysterious muddy friend, Flora finds the loss of her plaything grows into the very thing she needed all along.⁠
———
Thank you for viewing Episode 3 of Animation Wild Card!
↑Back to Top