High Five!
Check out AWC's fifth episode and learn more about the contributing artists below:

0:07 Square Squad 5
By: Joe Heinen
Instagram: @joe.heinen
Animation Wild Card presents, @joe.heinen ⁠(AGAIN - HUZZAH!) for Round 5 :⁠⠀⁠
⁠⠀⁠
Joe Heinen is a stop motion animator living and working out of Portland, OR. Born to a ghosthunter mother and rocket scientist father, Joe became interested in stop motion animation at a young age, eventually deciding to pursue that interest professionally. He studied film and animation at the Rochester Institute of Technology. Joe has spent the last six years working on such stop motion projects as Anomalisa, Tumble Leaf, and Cosmos. He is currently animating on Wendell & Wild. When not animating, Joe can be found making artisan ice cream and goofy drawings.⁠

0:37 Something To Do When You Have Nothing To Do
By: Kaley Powers
Instagram: @kapow.art
Website: http://www.kapow.myportfolio.com
Animation Wild Card presents, @kapow.art (AGAIN - WOOT!):⁠⠀⁠
⁠⠀⁠
Hi! I’m a stop motion animator/fabricator and illustrator from Los Angeles, where I studied at UCLA and am currently working on shows Micro Mayhem and Crossing Swords at Stoopid Buddy Stoodios. ⁠⠀⁠
⁠⠀⁠
At first slated to pursue zoology, I had a change of heart in high school and decided to pursue art instead, where my science-focused upbringing influences my calculated approach to creating. Outside of art, I enjoy traveling, music, trying not to kill the plants in my apartment, and old-school film photography.⁠⠀⁠

Director / Animator , @kapow.art , shared a bit about the process of making "Something To Do When You Have Nothing To Do" :⁠⠀
⁠⠀
"This short was inspired by a wall of boredom that I hit at the peak of the lockdown here in LA and affinity for puns and other plays on words. It was also unusually challenging to create—at every step of the production I ran into hurdles, so it became an exercise in perseverance as well. ⁠⠀
⁠⠀
Initially I wanted to use an existing penguin puppet I had, but being at home I have no rigging and can’t drill him into my work surface. Then I tried creating a paper puppet that I could animate on a down shooter and composite on top of a still image of the background. That puppet turned out looking horrible (I threw it away so quickly, I don’t even have photo evidence), and so I scrapped that idea. That was when I settled on trying 2D animation, which I had very little experience with. I animated in Procreate and Photoshop, and each shot taught me something new about the process. ⁠⠀
⁠⠀
I think as artists we can get comfortable and fall into a habit of using our usual techniques over and over. Making this short reminded me that when things aren’t going to plan and you’re getting discouraged, it pays to persevere and try new things because the end result could end up being better than you thought.⁠⠀
⁠⠀
On a lighter note, I learned that recording foley on an iPhone is pretty decent 😂 Highly recommend it for unusual sounds like a penguin feet on the cover of a book."⁠⠀(🔊 sound on!!)

SFX Behind the Scenes

1:17 Eli: To Brie, Or Not To Brie
By: John Sumner
Website: johnsumnerdesign.com
Voice Characterization: Justin Michael
Website: heyjustinmichael.com
Instagram/Twitter: @heyjustin
Music: The Melwood Orchestra
Conductor/Trombone: Eli Gunnell
Flute: Gunnar Sumner
French Horn: Laurel Gunnell
Saxaphone: Henry Gunnell
Flute/Piano: Kaden Sumner
—
Animation Wild Card presents, John Sumner :⁠ ⁠⠀
⁠⠀
John Sumner spent most of his young life as a journeyman, traveling across the country and working a ton of odd jobs. Ultimately, all of these experiences would come in handy as he settled into the entertainment industry in Los Angeles, CA. ⁠⠀
⁠⠀
For the past decade, John has been primarily working as a Production Designer/Art Director/Builder for Film, Television, and Internet Content, with a focus on stop-motion.⁠⠀
⁠⠀
When John isn't working on professional jobs, you can usually find him carving tikis, drawing comics, and trying not to get his butt kicked by his wife and kids in Tae Kwon Do.⁠⠀
⁠⠀
You can see examples of John’s work on his website: johnsumnerdesign.com

2:01 Spider vs. the Living Dead
By: Threadwood
Instagram: @_Threadwood
Animation Wild Card presents, @_Threadwood (AGAIN HUZZAH!) ⁠⠀⁠⠀
⁠⠀⁠⠀
Individually known as @alexiseved & @sdaros:⁠⠀⁠⠀
⁠⠀⁠⠀
"We're a married stop-motion animation team hailing from the North East (CT specifically) and currently located in Los Angeles, CA. We've been collaborating and working together for over 10 years!⁠⠀⁠⠀
⁠⠀⁠⠀
We've been a part of many stop-motion projects, big and small, and various studios here in the city. Scott has won an individual achievement Emmy for his animation skills, and we've both had team wins on 2 different Robot Chicken episodes as Animation Director and Art Director. Even with those freelance commitments, we've always prioritized working at home on personal projects that make us laugh.⁠⠀⁠⠀
⁠⠀
The Zombie came about because of Scott's love of horror movies and our childlike senses of humor... Booger, and fart jokes make us laugh almost every time.⁠ Of course a spider up the nose and a horrible sneeze face would make us laugh!⁠⠀
⁠⠀⁠⠀
Our goal is to make it back to the North East and continue to share our sensibilities and sense of humor with anyone looking for a chuckle, or an eyeball-grabbing commercial."⁠⠀⁠

Creators @alexiseved and @sdaros of @_Threadwood , shared a bit about the process of making "Spider vs. The Living Dead" :⁠⠀
⁠⠀
"This short is an oldie but a goodie for us and we wanted to share it while having to take a quick Magical Cat break, (we went back to work!)⁠⠀
⁠⠀
Anyway, the first part of making a short is always figuring out what story you're telling and what it will look like. Scott did some early sketches that lead to the final look of the Zombie, and he also put together the animatic to get his comedic timing down before animation.⁠⠀
⁠⠀
When fabricating for stop motion, you want to make sure to keep referencing your animatic - sometimes all you need is the head and shoulders for camera. (So that's all you need to build - movie magic!!!)⁠⠀
⁠⠀
Our inspiration for this short was the overcast look of the original “Night of the Living Dead” from 1968.⁠⠀
⁠⠀
The devil is always in the details and for this short it was all about design, texture and sound. Scott’s Dad Ron is a top of the line pinstriper and we asked for his help in designing the lettering of the opening credits. I hand painted the background and wobbly frame edges in ink for post - and ALL of the sounds you hear come from Scott’s mouth or the soundtrack he composed via his fancy sampling keyboard."⁠⠀
Animatic: Spider vs. the Living Dead 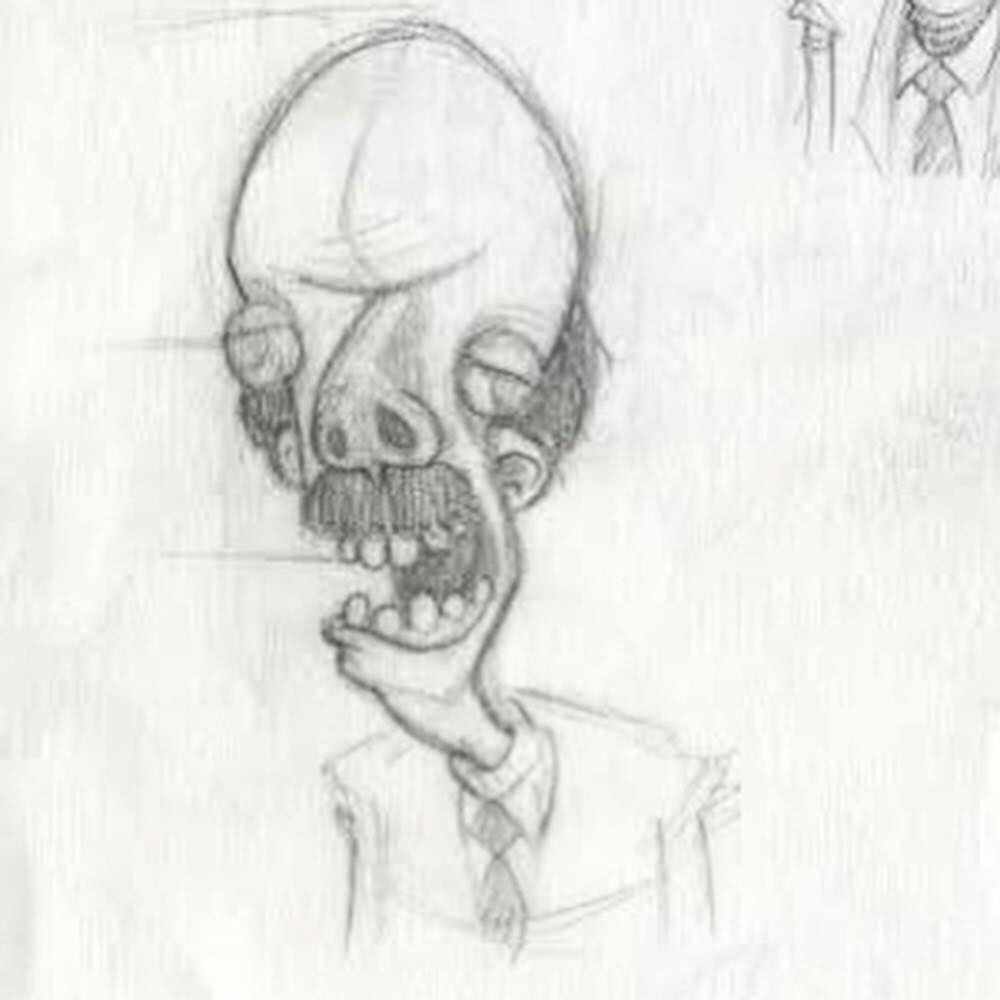 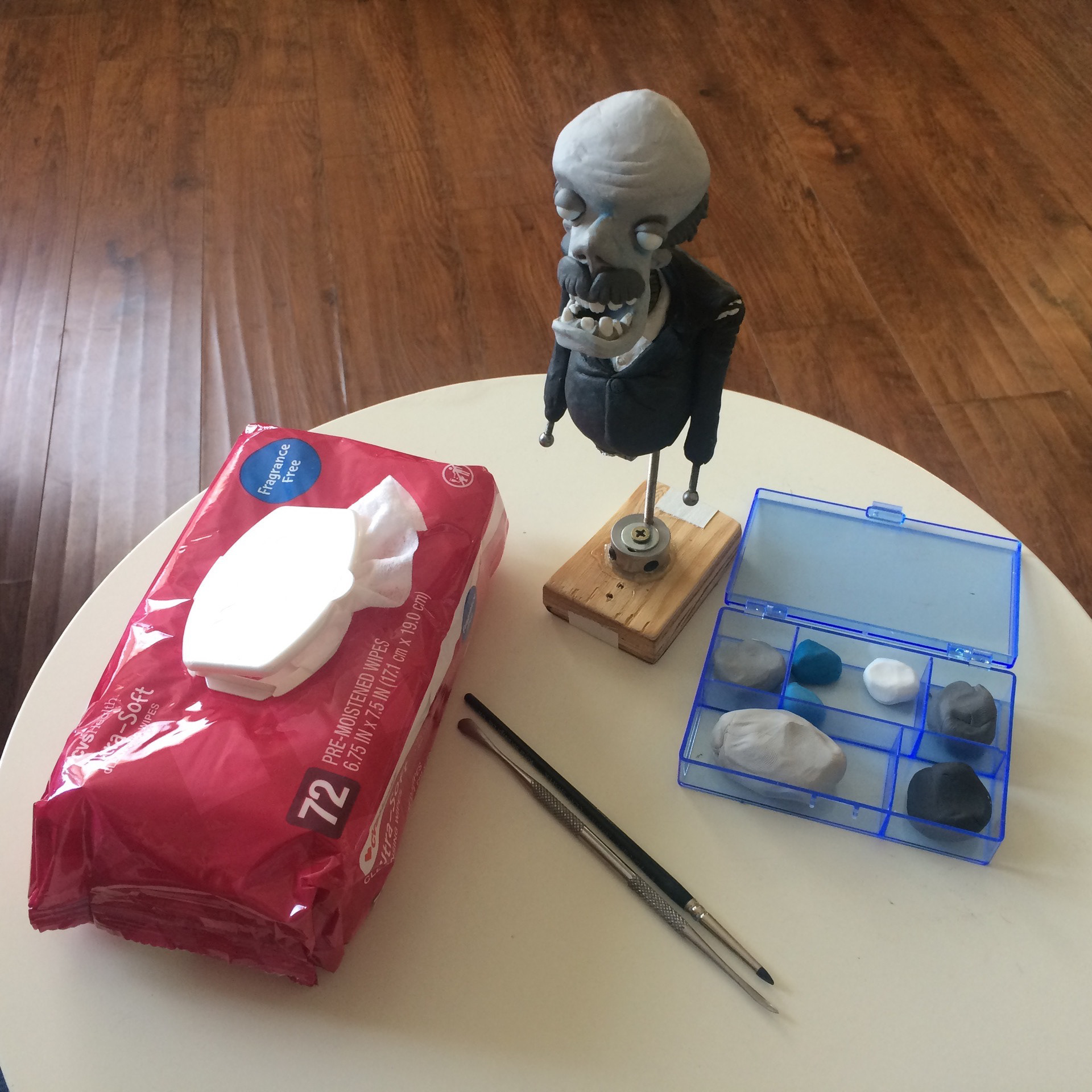 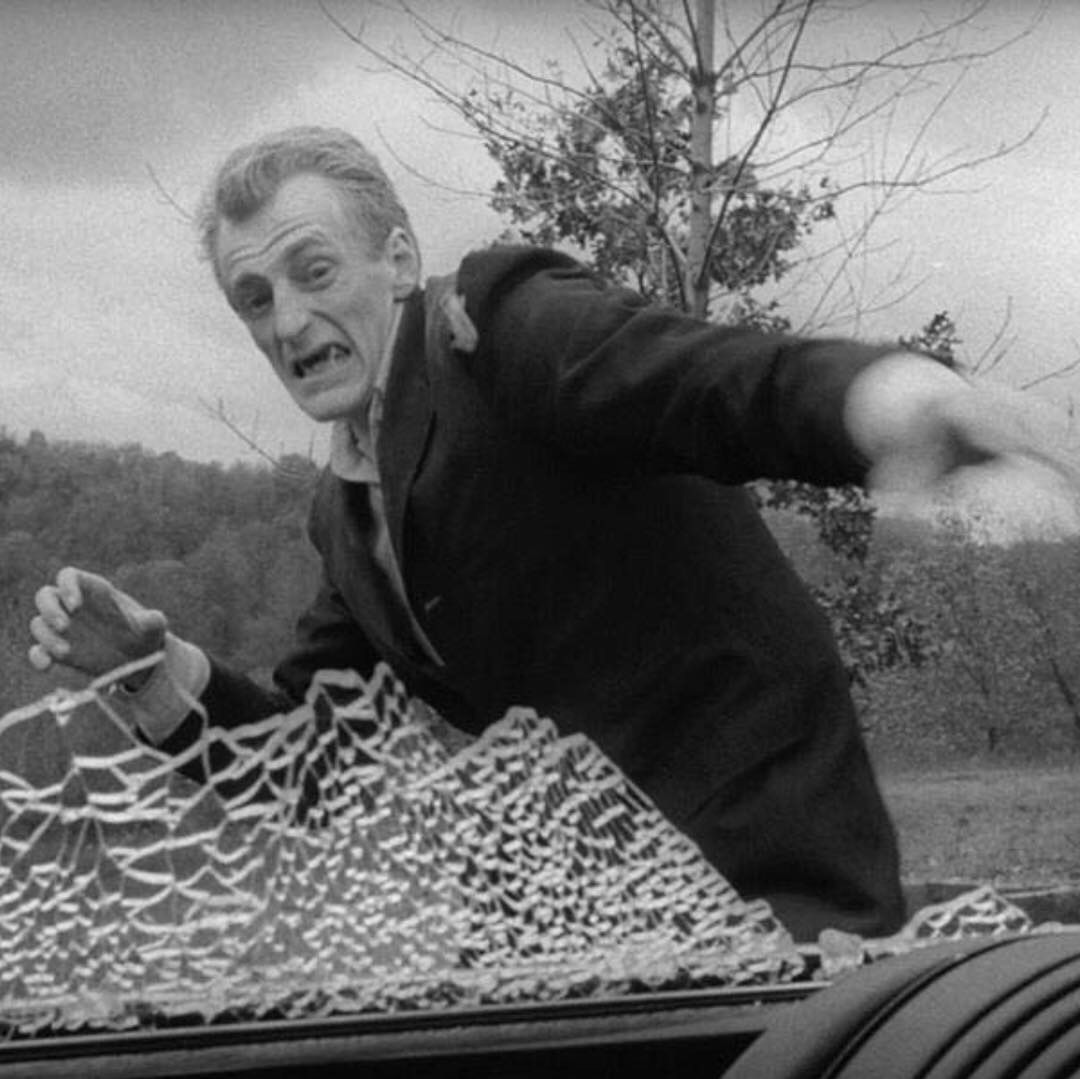 Inspiration: “Night of the Living Dead” 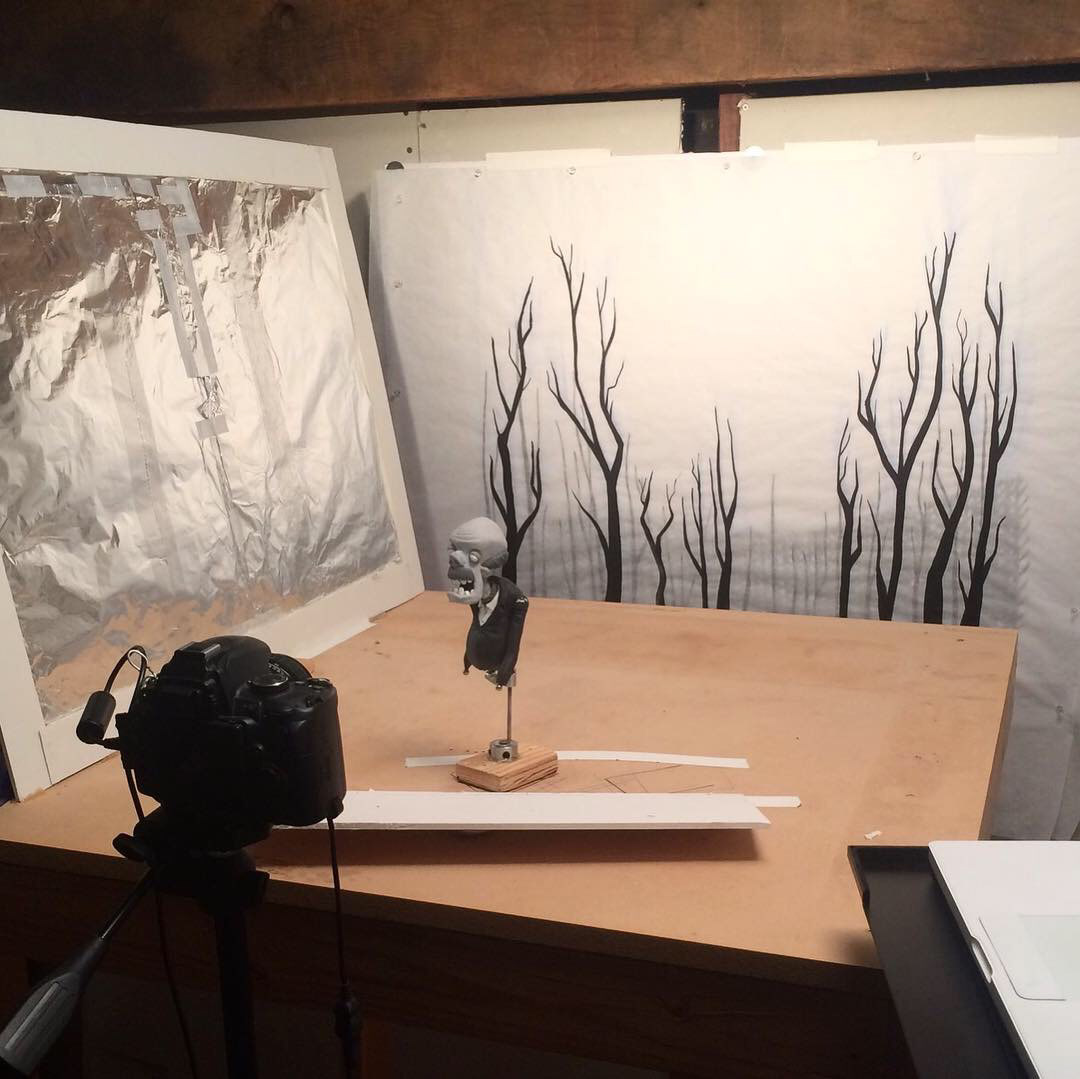 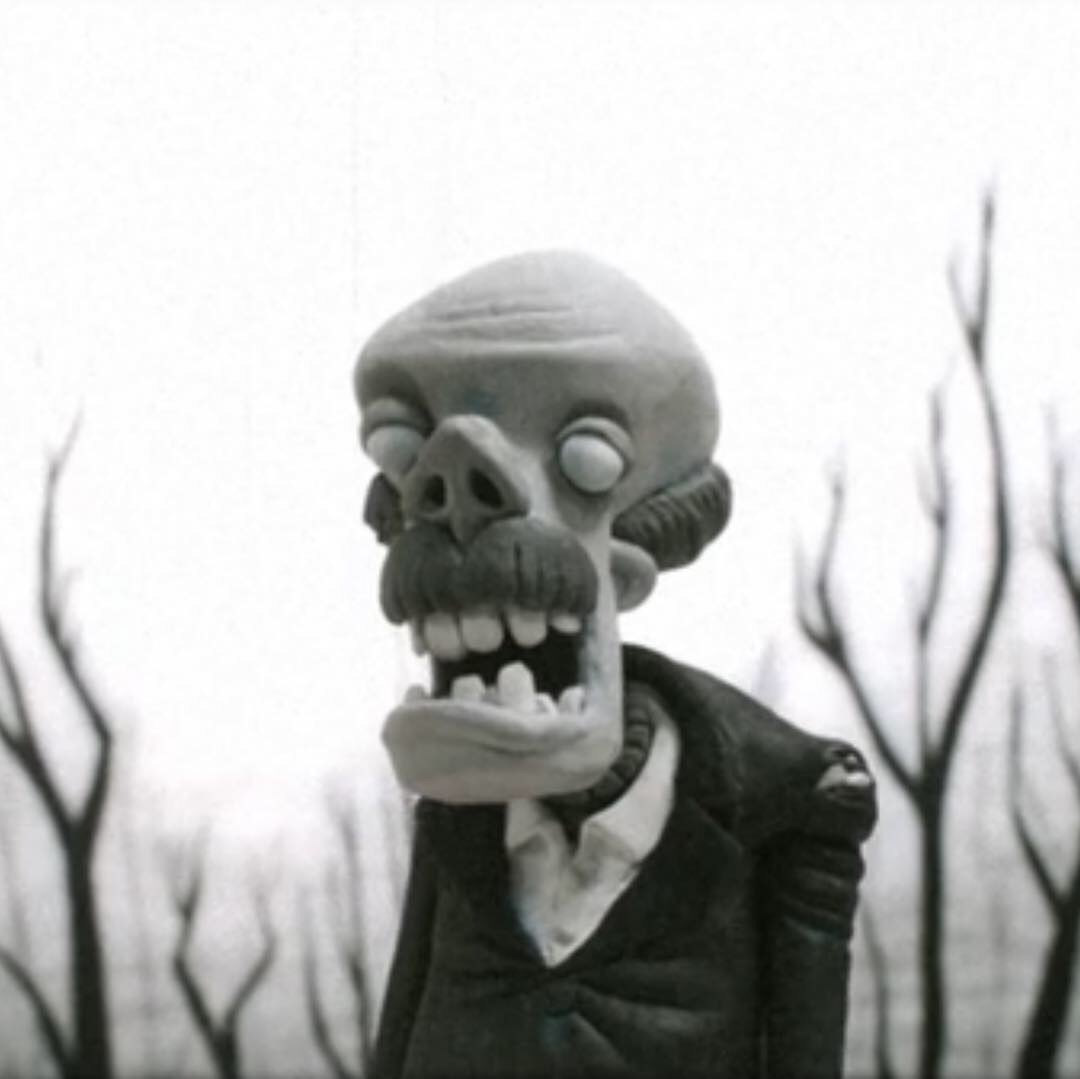 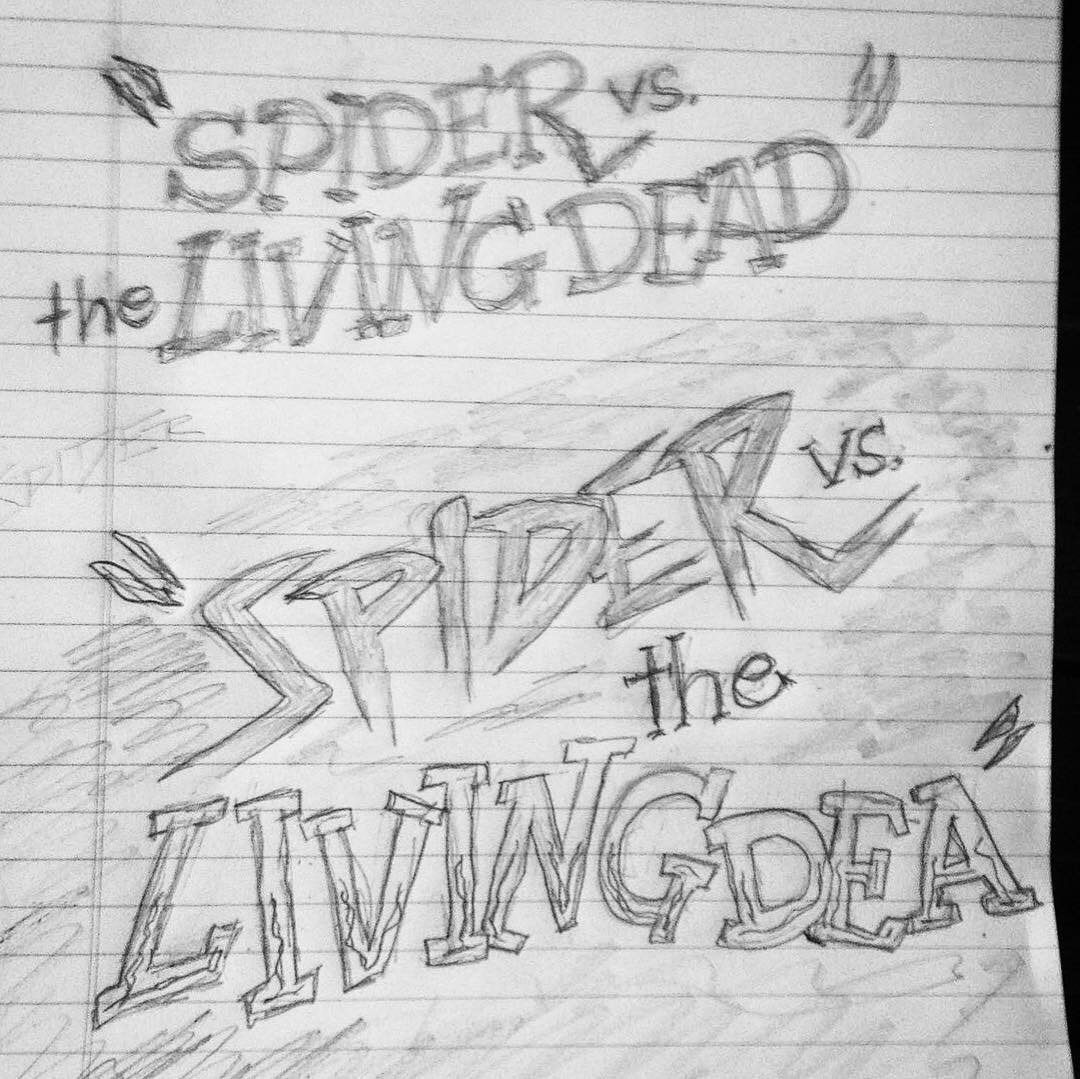 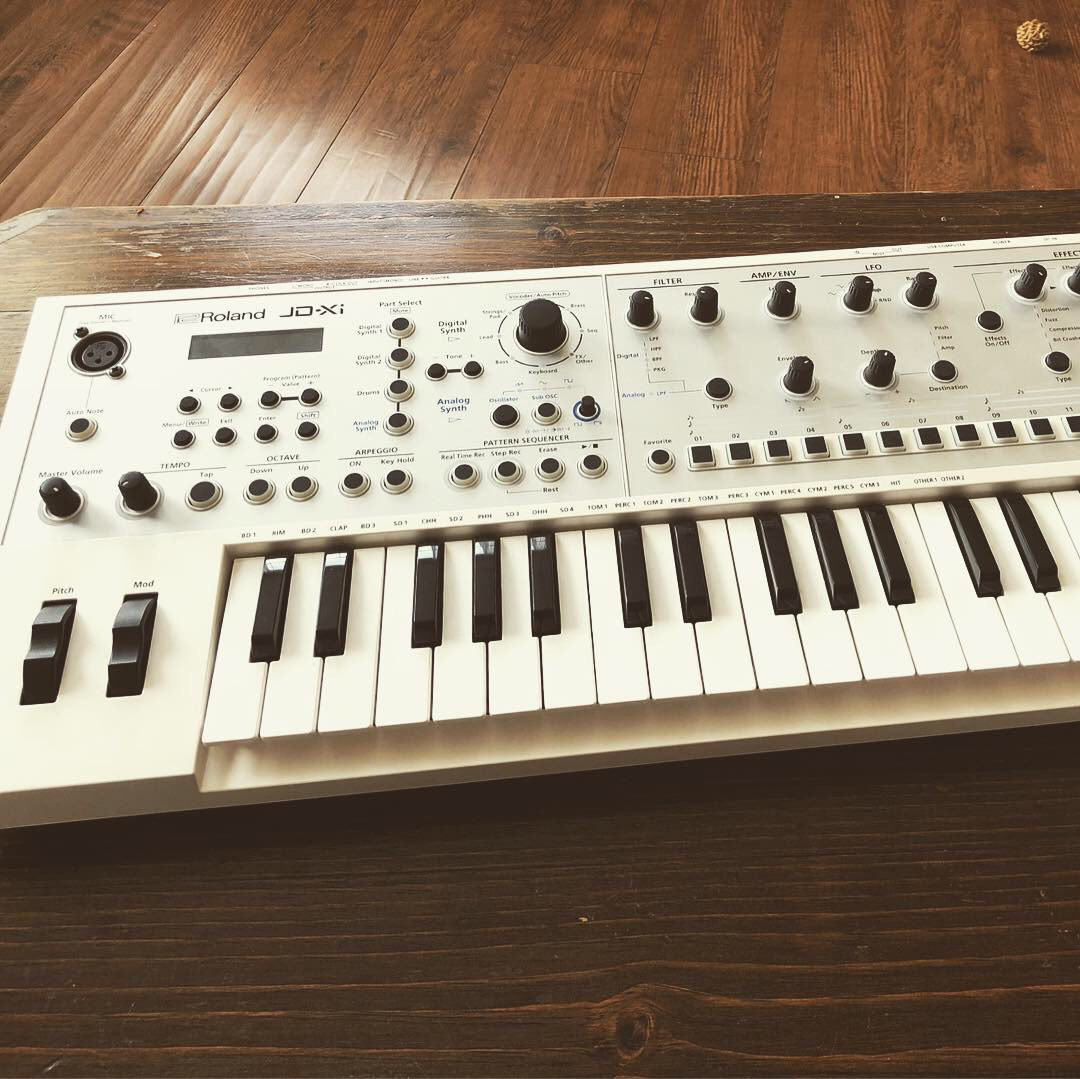 2:46 Skater Baby 2: Up Night Late America with Skater Baby!
Direction & Animation: Will Heff
Instagram: @will_heff
Twitter: @SquillyHeff​​​​​​​
Set Design & Fabrication: Jason Salerno
Instagram: @jasonsalerno
Animation Wild Card presents, @will_heff :⁠⠀
⁠⠀
"Ahoy hoy!⁠⠀
⁠⠀
My name’s Will, I’m an LA-based Storyboard artist originally from Massachusetts. I went to school for 2D Animation at the Savannah College of Art and Design, graduating in 2016. I moved out to LA that same year. I work at Titmouse where I’ve worked on Star Trek: Lower Decks, Bless The Harts, and currently Big Mouth. When I’m not storyboarding, I’m making weird short films with my roommate and creative partner, Jason Salerno for our Youtube Channel “Will And Jason Made This”. I love horror movies (WATCH GREMLINS 2), reading, Ska, puppets, television, Halloween, and doodling. With my art, I try to make stuff that’s funny and unapologetically weird." ⁠⠀
⁠⠀
You can find me on Youtube at “Will and Jason Made This”.⁠⠀

Animator / Creator, @will_heff , shared a bit about the process of making "Up Night Late with Skater Baby":⁠⠀
⁠⠀
"I always loved when 2D cartoons had real backgrounds like that old Popeye meets Sinbad cartoon. My roommate and creative partner, Jason Salerno is a prop builder for a living, so he was able to construct a set in our garage in like an hour. He’s wicked talented. So we lit the set, rigged up the explosions, filmed all the shots without the characters, then I went in and animated them into the world. I think it came out looking pretty cool. I wanted the colors to be really saturated like Creepshow and From Beyond and I think those influences really come through with this. Especially in the Beatles design, I’m pretty sure I owe Stuart Gordan a check for that one.⁠⠀
⁠⠀
At the end of the day, it was just a blast to make something that really leaned into my love of horror movies, television, and weird media. I just love things that are so weird you either are totally onboard with it or you never want to see it again. I hope you liked it! And if you did, Jason and I have a lot of other weird short films on our Youtube channel “Will and Jason Made This”⁠⠀ 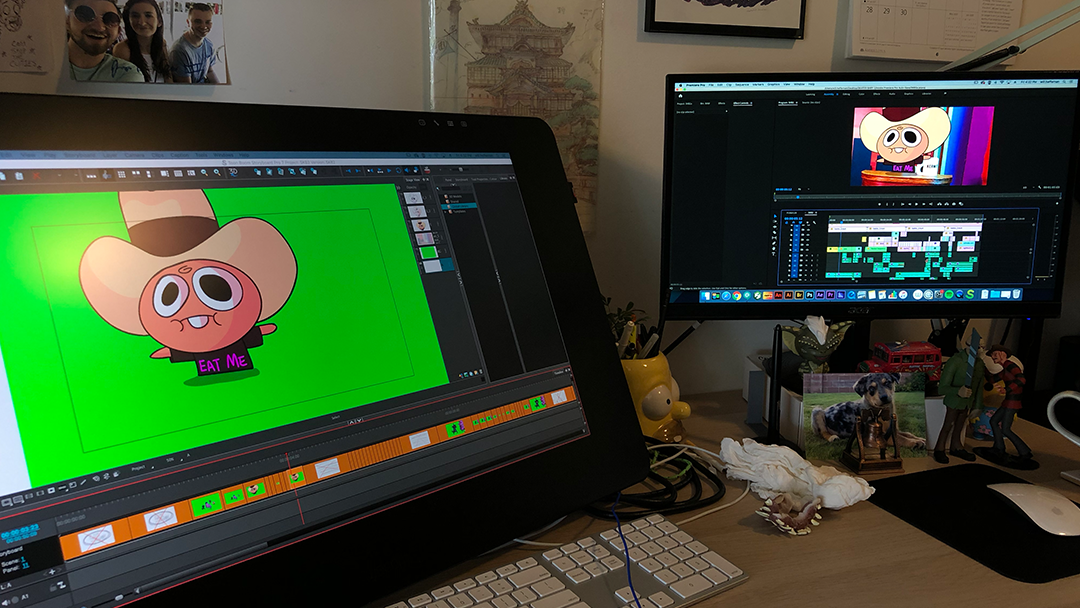 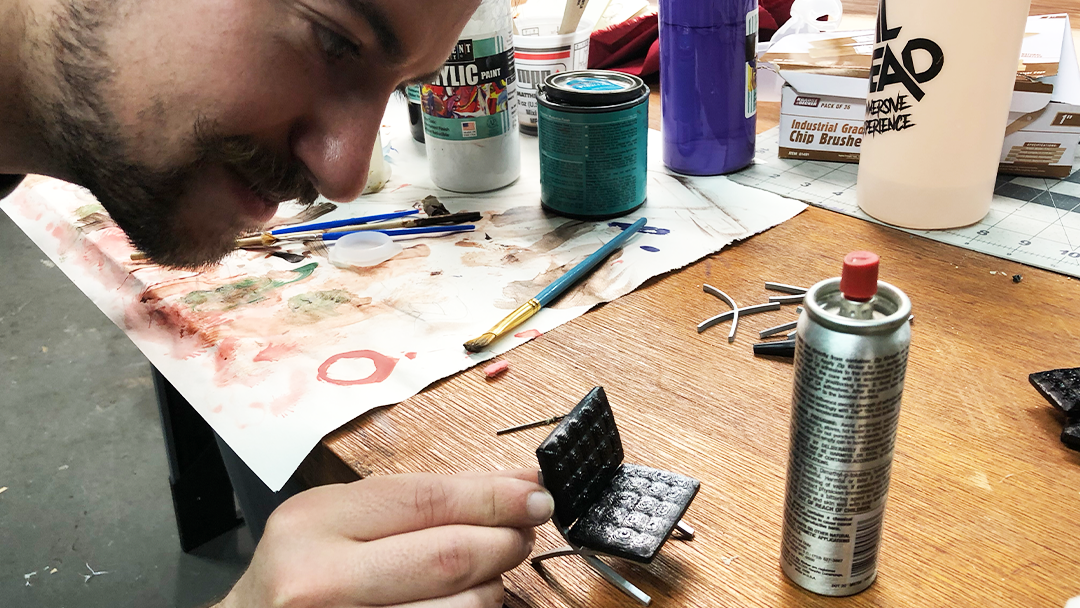 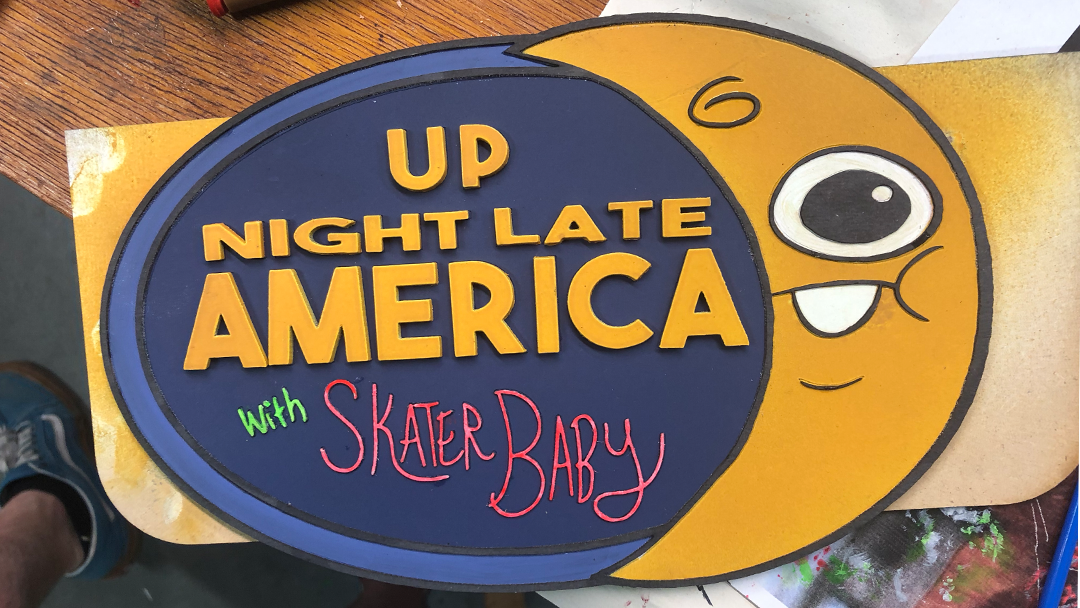 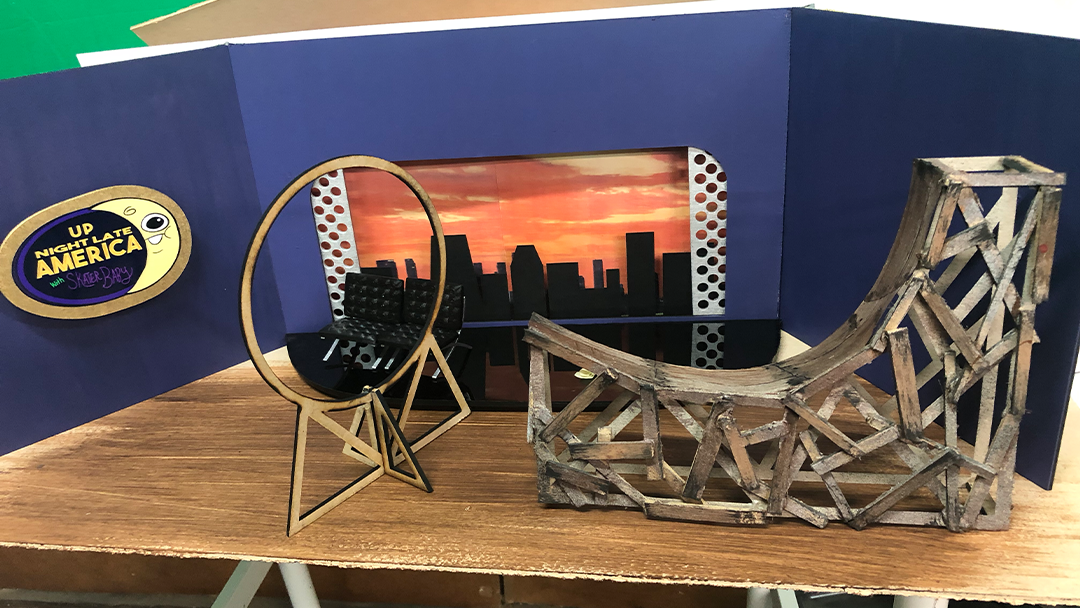 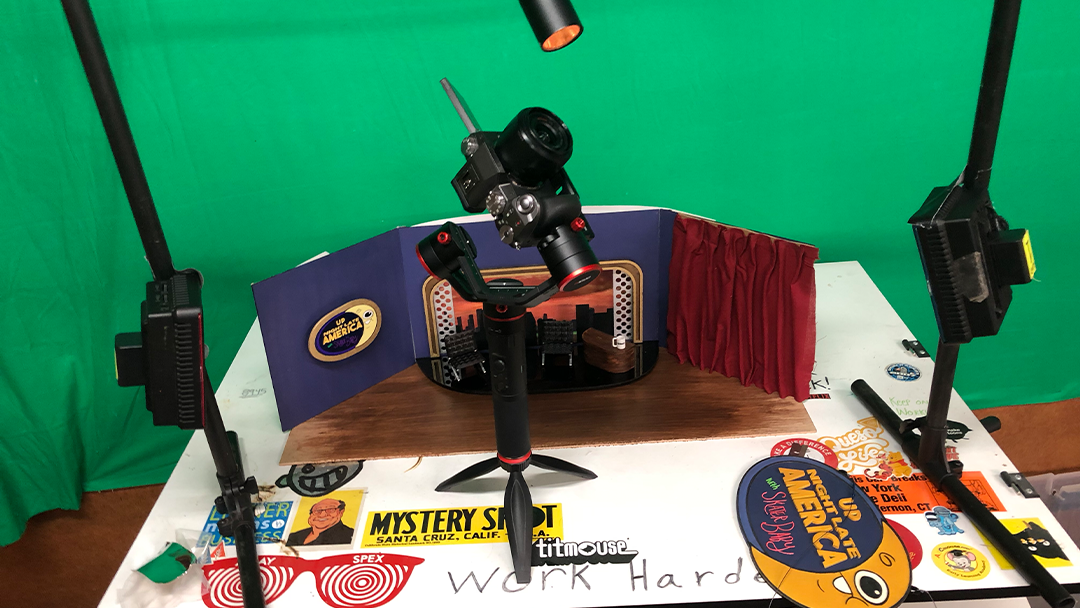 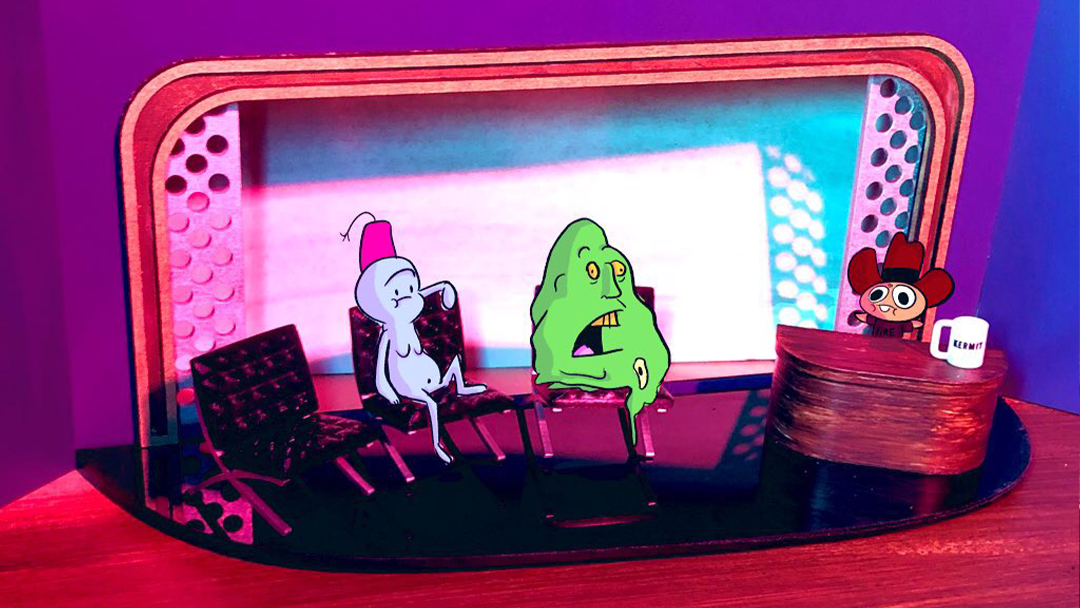 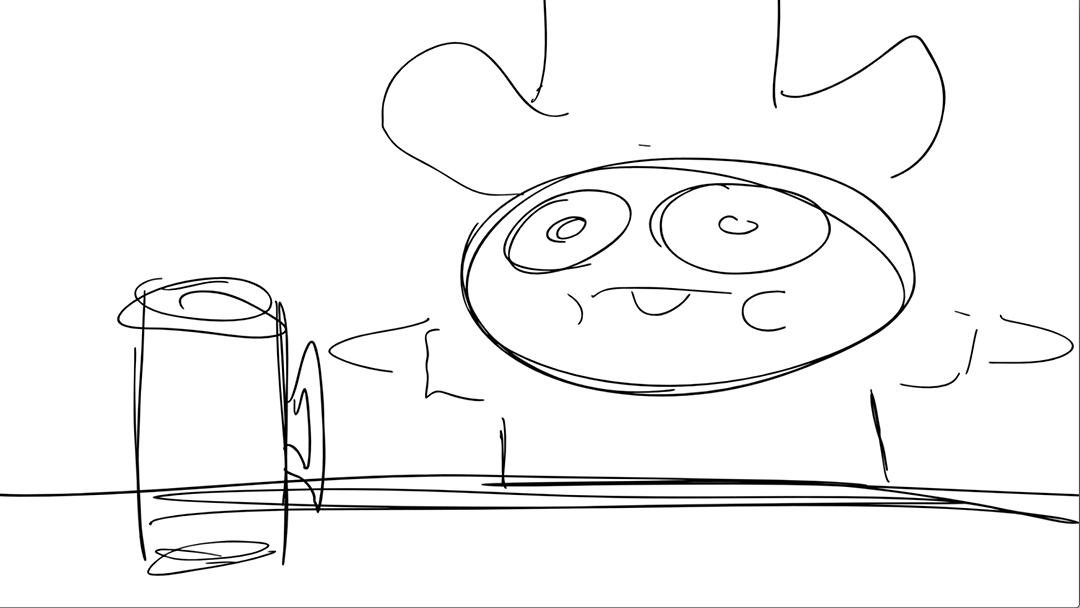 ———
Thank you for viewing Episode 5 of Animation Wild Card!
↑Back to Top