Episode 6 packs a punch!
We officially have a half dozen episodes and we couldn't be more happy to share them with you! Check out the episode and learn more about the contributing artists below:

0:07 Chuck the Worm
By: Ian Boone
Instagram: @ianbooneanimation
Animation Wild Card presents, @ianbooneanimation:⁠⠀
⁠⠀
"Hi y’all! I’m Ian Boone. I’m a stop motion animator, originally from Louisville, Kentucky and currently living in Portland, Oregon after several years in Los Angeles. I’ve had the real pleasure of working on a lot of fun projects, especially Tumble Leaf, Ask the StoryBots, several collaborations with my wife Devin, and I’m now animating on the upcoming film Wendell and Wild. I’ve loved animation as long as I can remember and it’s a real joy to be able to do it everyday and work with so many talented and inspiring people!⁠⠀
When I’m not animating I can be found playing old time banjo and exploring wetlands and beaver habitats."⁠⠀

Animator / Creator, @ianbooneanimation, shared a bit about the process of making "Chuck The Worm" :⁠⠀
⁠⠀
"When I was 11 my parents gave me a camera for Christmas because I had been interested in making little movies. I’d always loved animation and kind of knew how stop motion worked, so I decided to try it. The first thing I ever animated was a little worm jerkily moving across the floor and crawling into a clay apple, I called the film Chuck the Worm, complete with GarageBand banjo tracks for the music. ⁠⠀
⁠⠀
Well, now 15 years after its initial release I decided to make the sequel nobody asked for. I thought it would be fun to reimagine the first thing I ever animated and see how I would approach it now. I shot this in about 2 and half days on my workbench. Just like the original, Chuck is still clay, but I used replacements for the different shapes as he moves. I used fake foam apples so I could cut into them and at the end they are all just stuck together with toothpicks. I also play the banjo, so I had fun playing the music for this little piece."⁠ 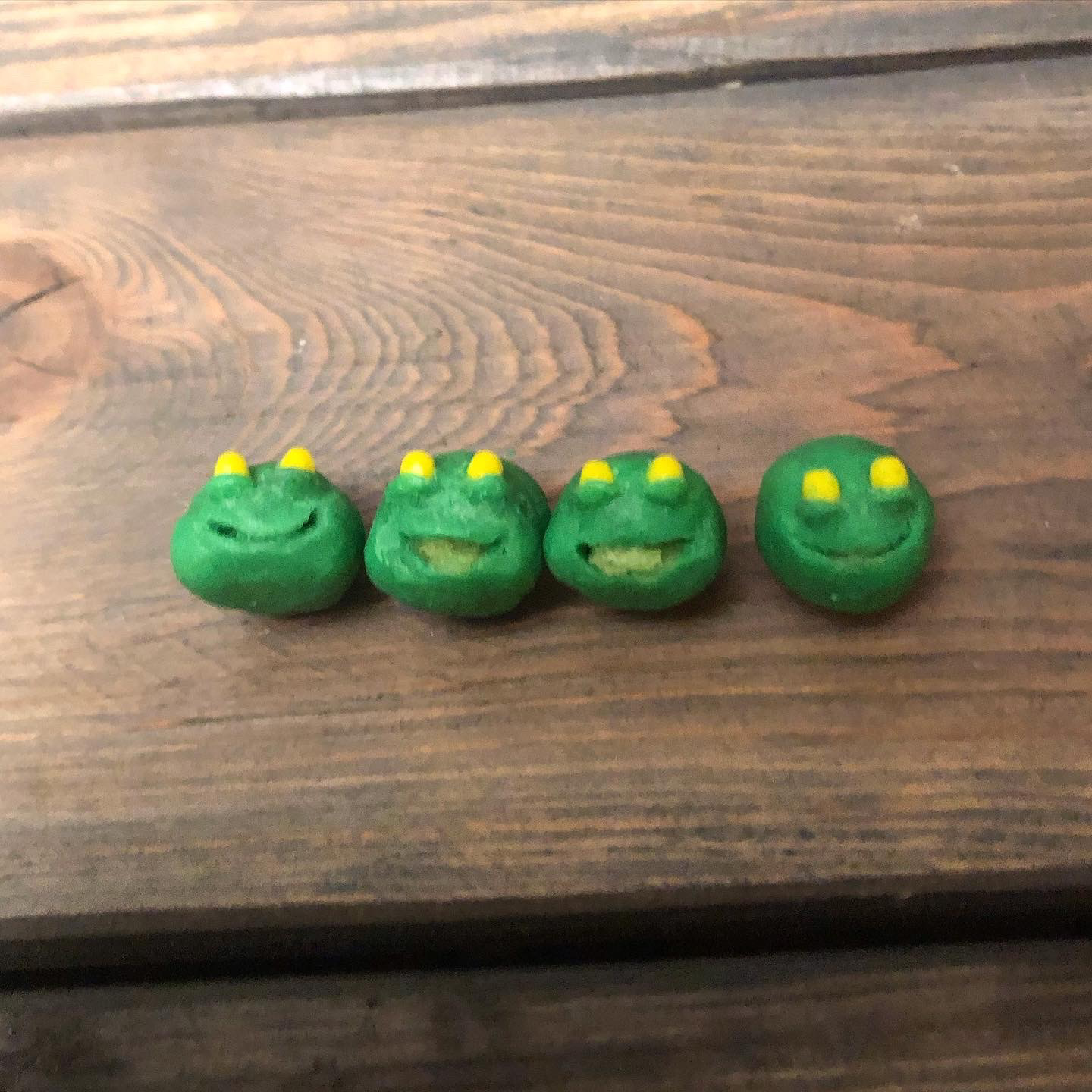 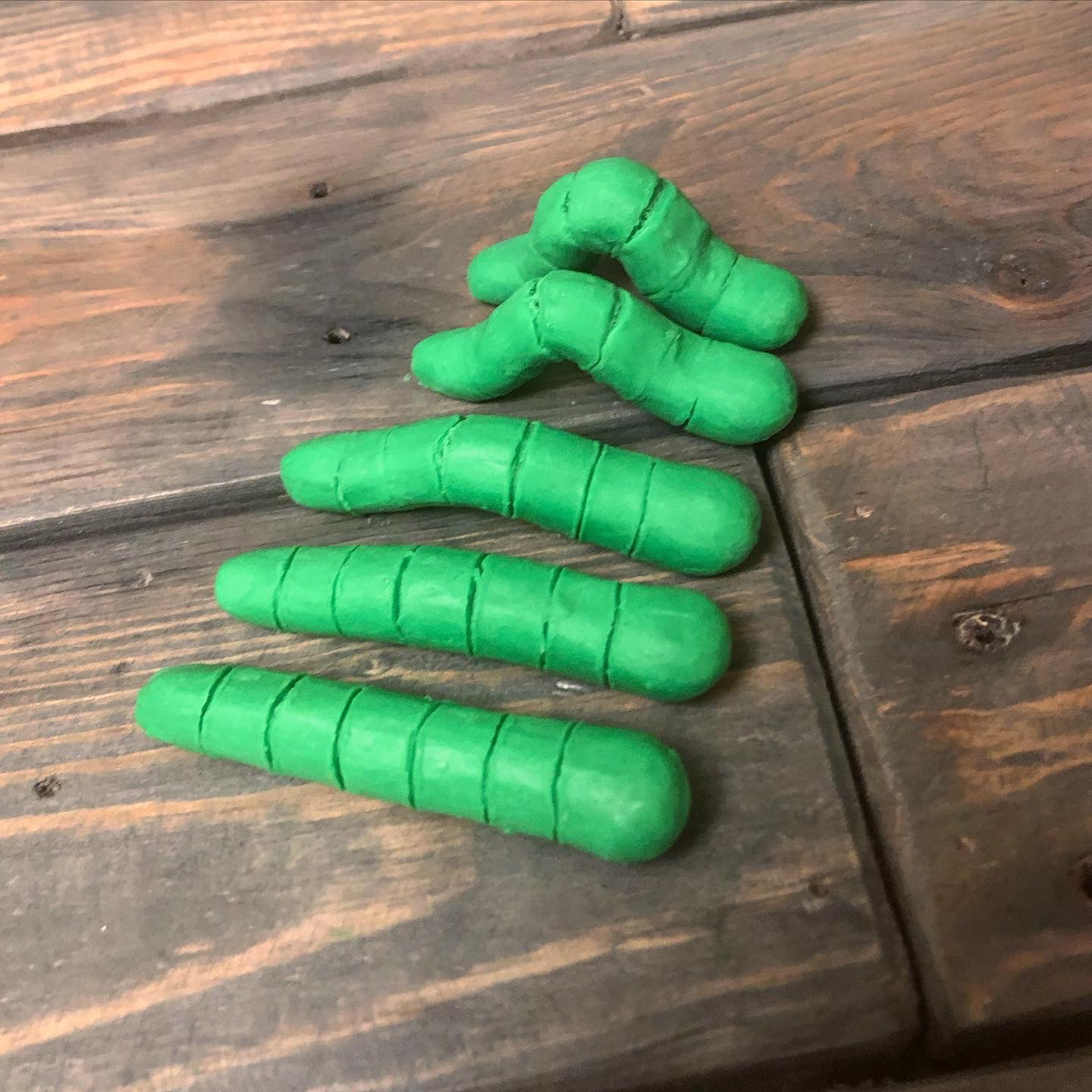 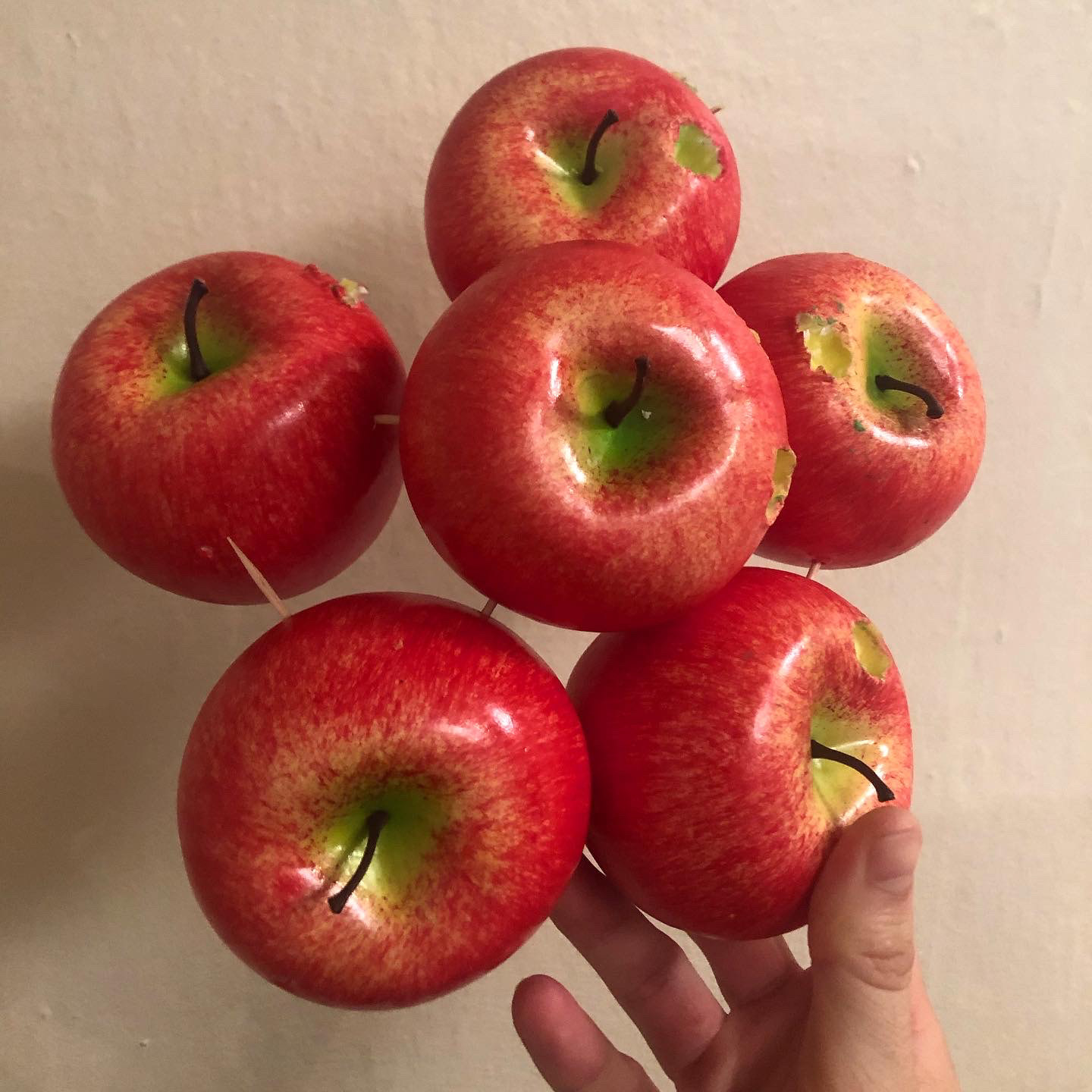 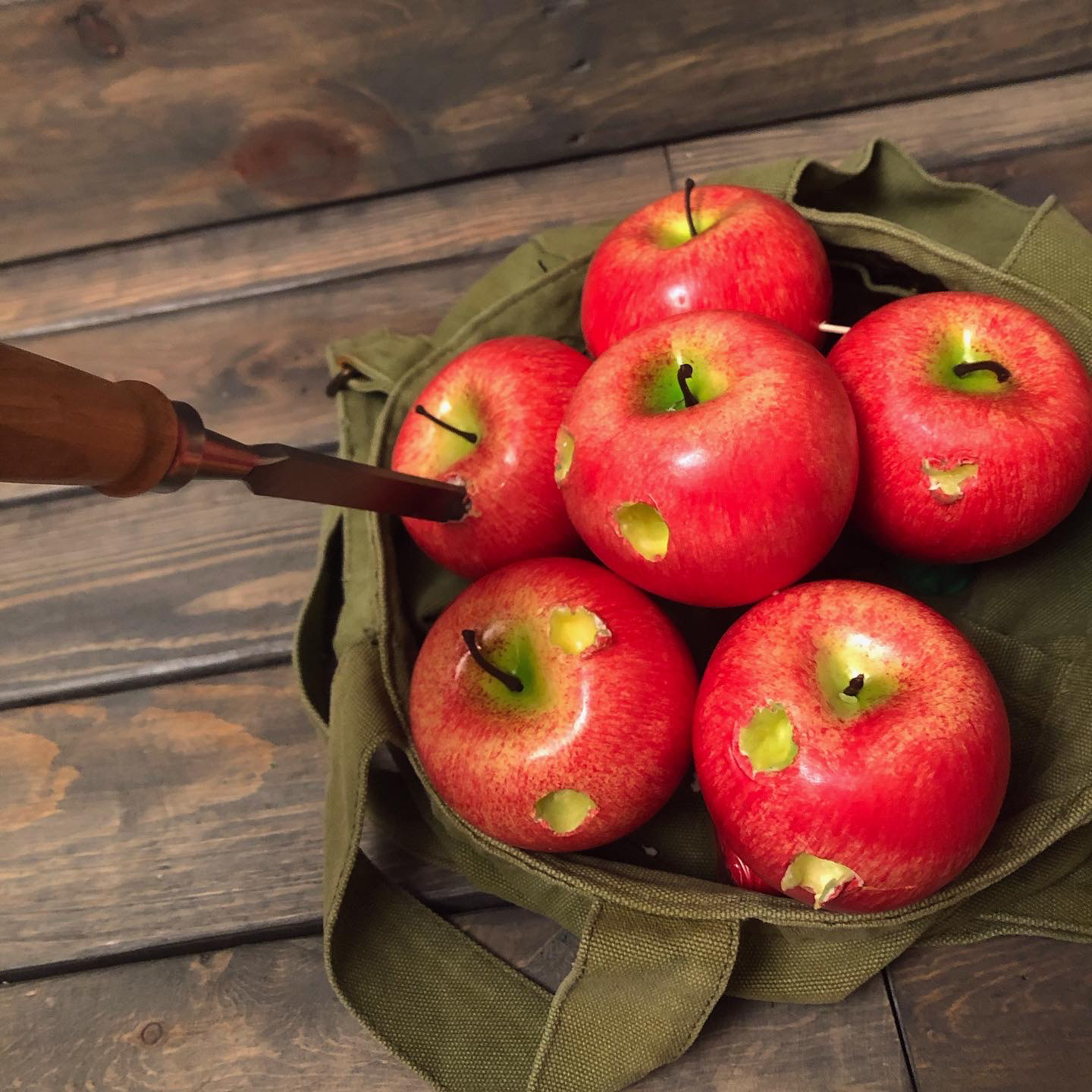 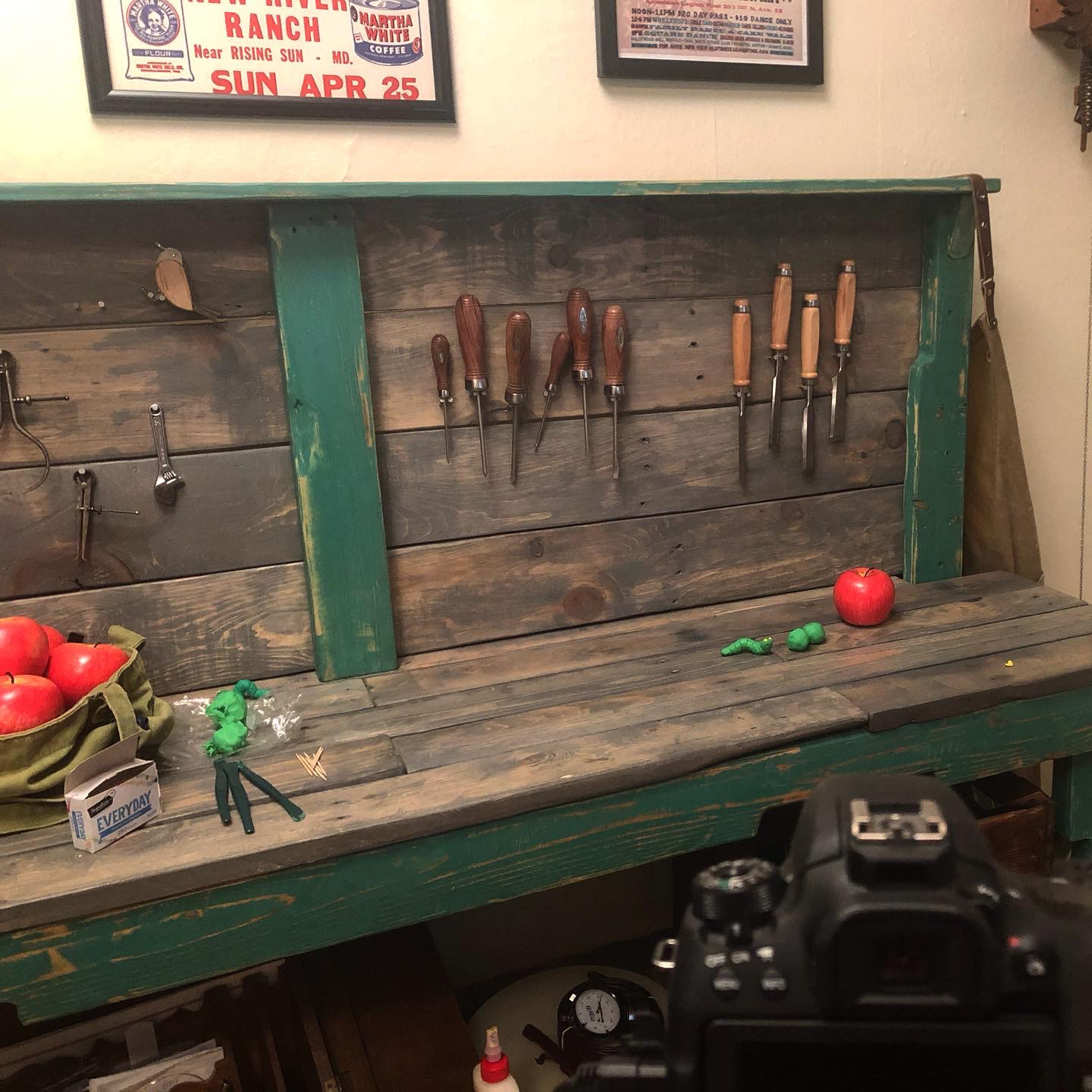 Ian playing the banjo for the Chuck the Worm soundtrack!

0:53 Square Squad⁠ 6
By: Joe Heinen⁠
Instagram: @joe.heinen⁠
Animation Wild Card presents, @joe.heinen ⁠(AGAIN - HUZZAH!) for Round 6 :⁠⠀⁠
⁠⠀⁠
Joe Heinen is a stop motion animator living and working out of Portland, OR. Born to a ghosthunter mother and rocket scientist father, Joe became interested in stop motion animation at a young age, eventually deciding to pursue that interest professionally. He studied film and animation at the Rochester Institute of Technology. Joe has spent the last six years working on such stop motion projects as Anomalisa, Tumble Leaf, and Cosmos. He is currently animating on Wendell & Wild. When not animating, Joe can be found making artisan ice cream and goofy drawings.⁠

Creator, @joe.heinen , shared a bit about the process of making "Square Squad 6" :⁠
⁠
"Here’s a quick clip showing the reference I used of Ishod Wair (@ishodwair) doing a 360 flip at Battle at the Berrics X."⁠
———

1:22 Bird House
By: Jen Prokopowicz
Website: prokopo.format.com
Instagram: @prokapop
Twitter: @jenprokopo
Animation Wild Card presents, @prokapop :⁠⠀⁠⠀
⁠⠀⁠⠀
"Hi! I’m Jen, a stop motion animator and artist currently based in the LA area. I’ve been busy working professionally since 2007 and have had the good fortune to work on many fun projects at studios like Bix Pix, Stoopid Buddy, Bent Image Lab, Other Brother, Shadow Machine and Apartment D. Papercraft is my personal specialty, and one of the highlights of my career was getting to make a children’s book about bugs all made from paper. When I’m not working I enjoy cooking, hiking, and playing board games."⁠⠀⁠⠀

Animator / Creator, @prokapop , shared a bit about the process of making "Bird house" :⁠⠀
⁠⠀
"Bird house was the first animation I made at home in my downshooter closet, shot in late 2018. I made a simple little character and didn’t have much of a story in mind, or even an ending, when I started. I struggle with coming up with stories out of nowhere, so my main goal was to get to animating!⁠⠀
⁠⠀
I animated a couple of quick tests to start with, thinking about potential ideas or jokes as I went. The thought jumped into my head that he could carry his house around in a cute little suitcase, and that might be enough of a punchline. Before I could talk myself out of it, I fabricated the suitcase and house and committed! ⁠⠀
⁠⠀
The final piece was shot in one session, taking about 6 to 8 hours if I remember right. There were no rigs to remove or other post work, and I spent about a day doing the sound using pieces of open source recordings."⁠ 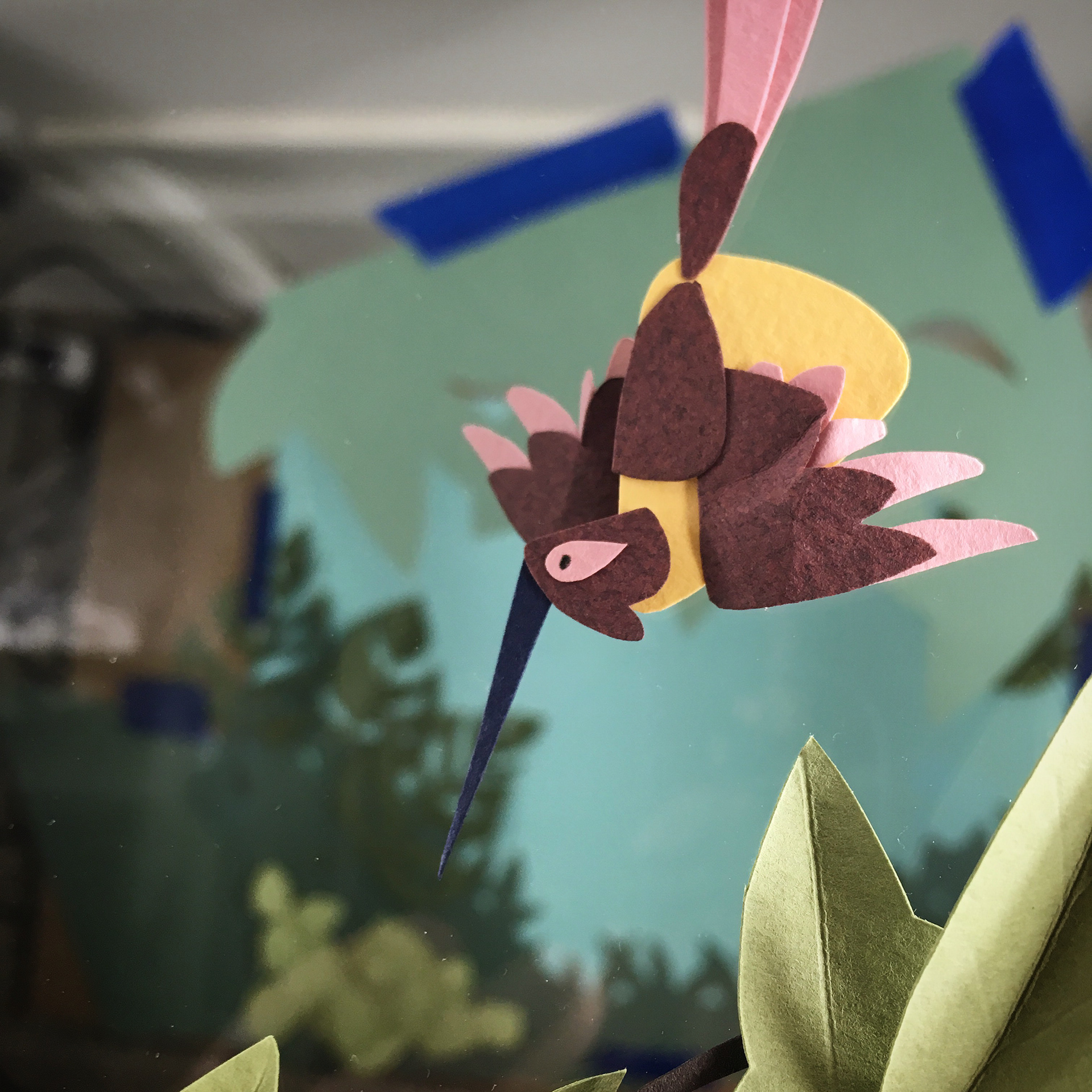 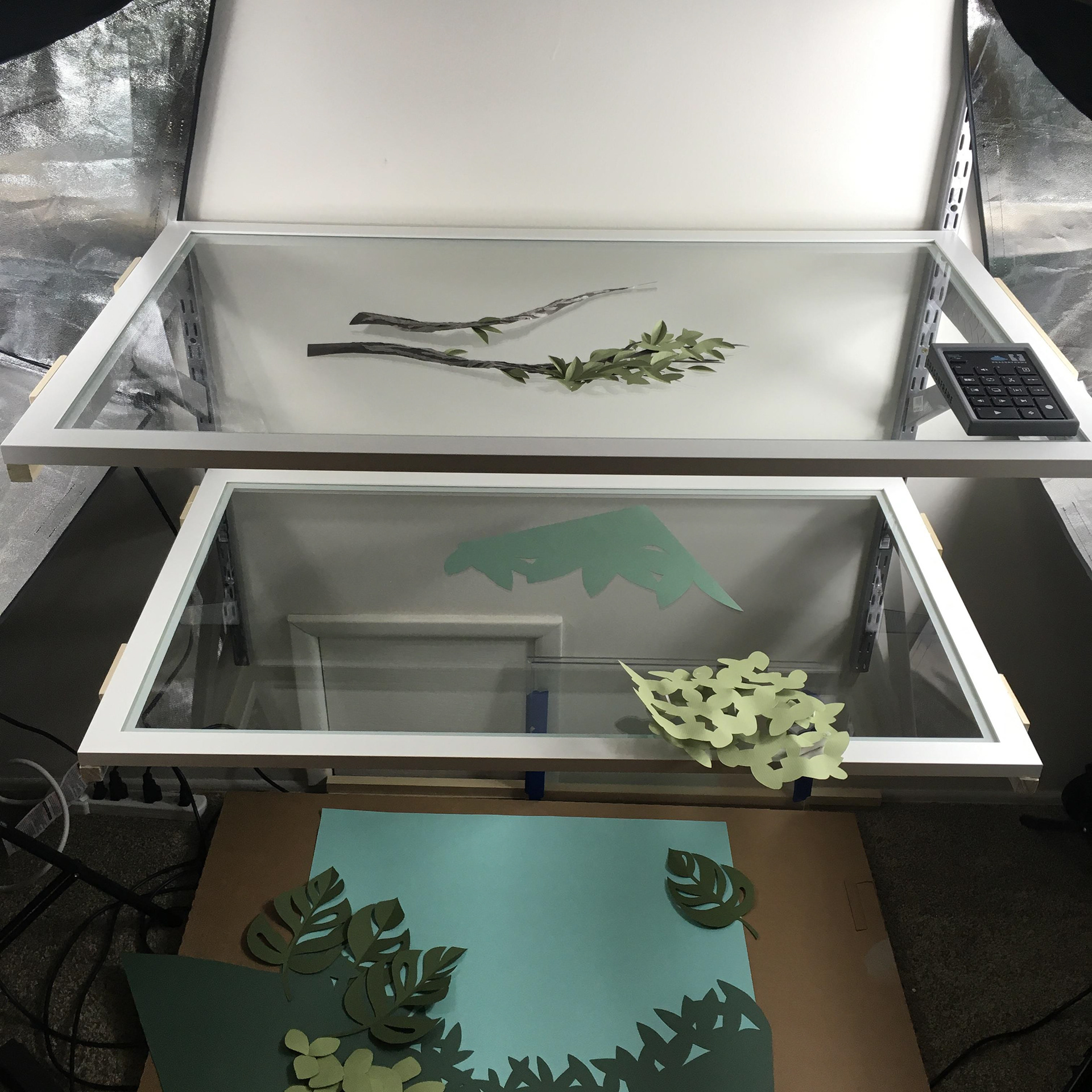 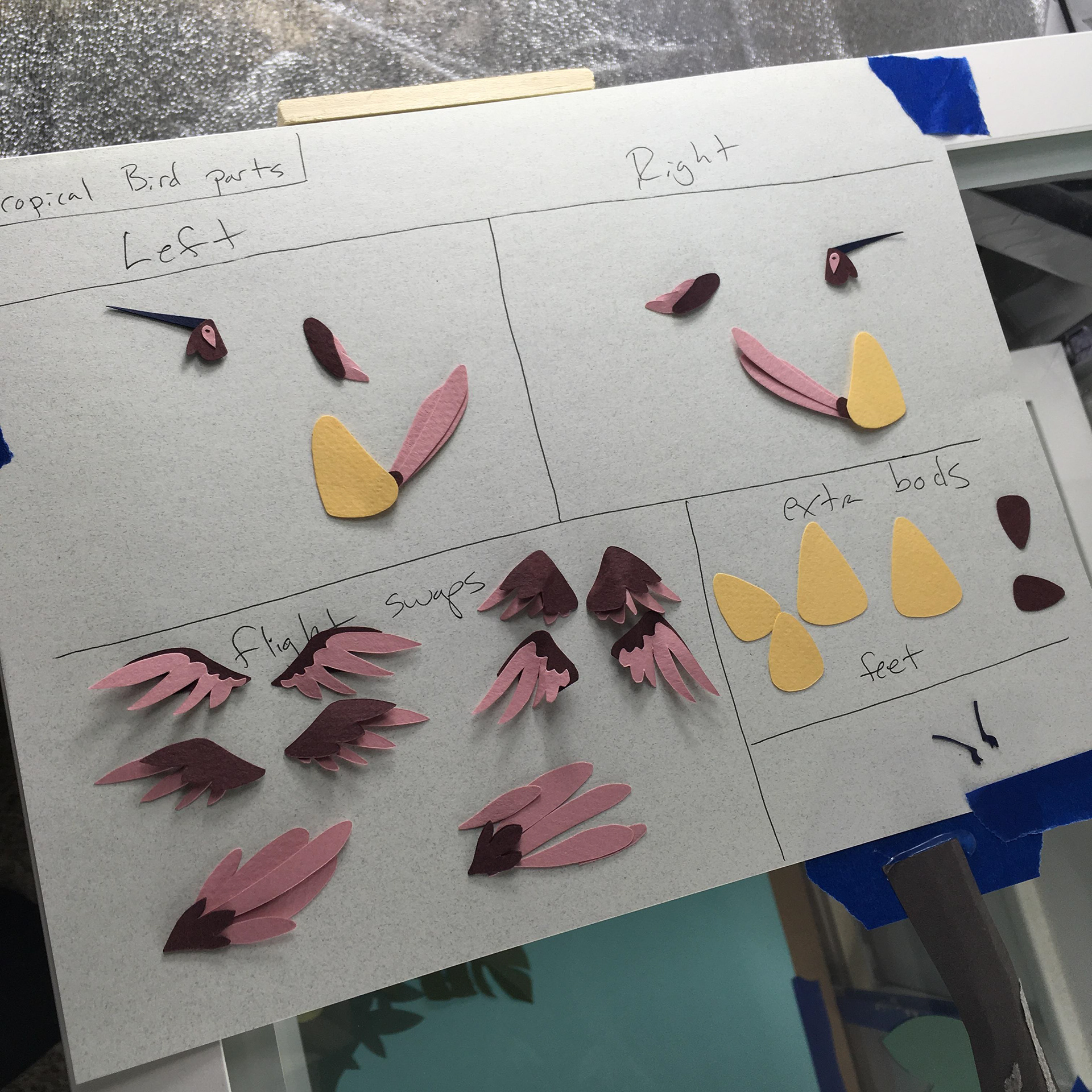 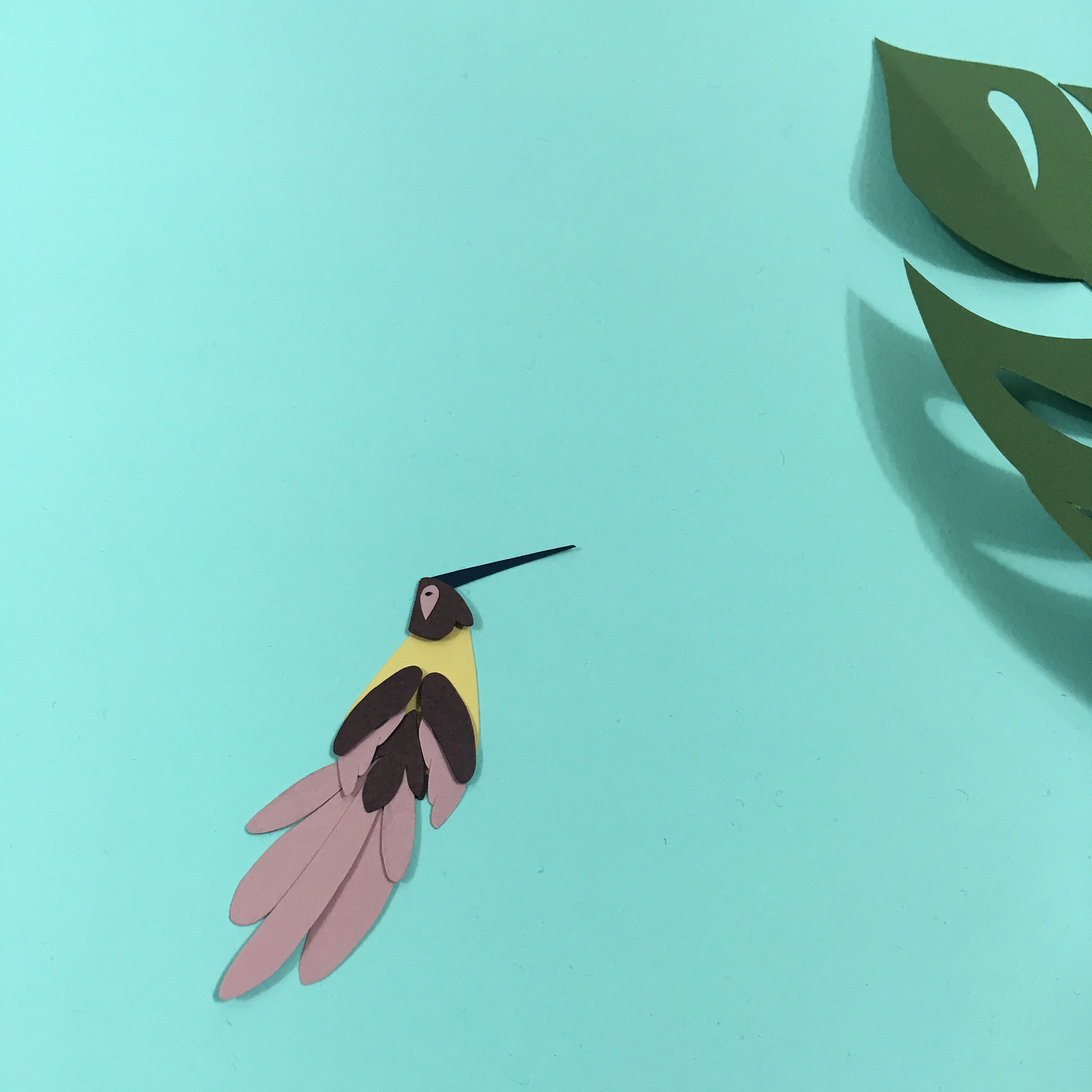 1:45 Eli: Good Mourning, Eli
By: John Sumner
Website: johnsumnerdesign.com
Voice Characterization: Justin Michael
Website: heyjustinmichael.com
Instagram/Twitter: @heyjustin
Music: The Melwood Orchestra
Conductor/Trombone: Eli Gunnell
Flute: Gunnar Sumner
French Horn: Laurel Gunnell
Saxaphone: Henry Gunnell
Flute/Piano: Kaden Sumner
—
Creator, John Sumner shared a bit about the making of this episode:
"Buckle up kids, this is my "Charlie Brown" episode. ⠀
For the most part, Eli is a lovable goof that's able to see the upside in just about everything. But every now and then, there's a moment when he gets sad, and can't help but cry it out. It's moments like these that may not be mindless fun, but show that Eli has some depth to his personality. It's also important to remember that animation can be more than humor. Sometimes it can be a release valve for the not so fun side of life. With the current state of affairs, maybe that time is here and now. ⠀
⠀
A touch of backstory—⠀
I wrote and illustrated this episode 3 years ago when my mother-in-law, Marilyn passed away. ⠀
To try and put into a short sentence or two of what Marilyn meant to me is too impossible. What's really important to this story is that I struggled A LOT with the decision to turn this comic into a short animation for Eli. While Marilyn may not have been my mother, she was to my wife and my in-laws, whom I love very much. I was nervous that they would be offended somehow that I might be making light of her death. But then Eli (my brother-in-law) made the decision for me. We were talking about how I wanted to turn my 'Eli' comics into short films, and he encouraged me to do it by saying "She'd be proud of you." After that, it was only a matter of time.⠀
⠀
One Last Thing—⠀
My wife laughs when she watches this short. Of course it makes her sad to think about her mom passing away, but she loves that Eli makes it slightly less painful."

Animation Wild Card presents, John Sumner :⁠ ⁠⠀
⁠⠀
John Sumner spent most of his young life as a journeyman, traveling across the country and working a ton of odd jobs. Ultimately, all of these experiences would come in handy as he settled into the entertainment industry in Los Angeles, CA. ⁠⠀
⁠⠀
For the past decade, John has been primarily working as a Production Designer/Art Director/Builder for Film, Television, and Internet Content, with a focus on stop-motion.⁠⠀
⁠⠀
When John isn't working on professional jobs, you can usually find him carving tikis, drawing comics, and trying not to get his butt kicked by his wife and kids in Tae Kwon Do.⁠⠀
⁠⠀
You can see examples of John’s work on his website: johnsumnerdesign.com 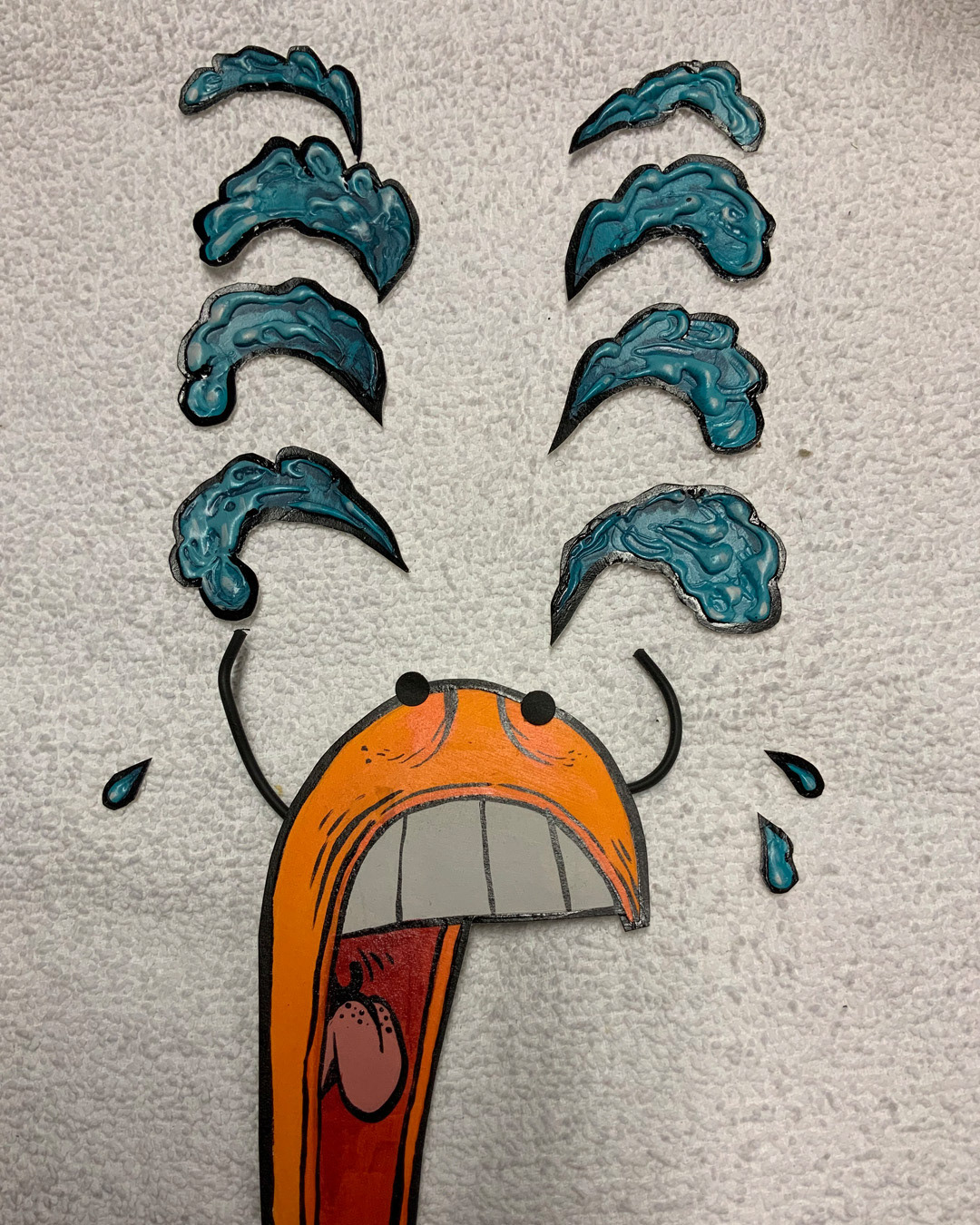 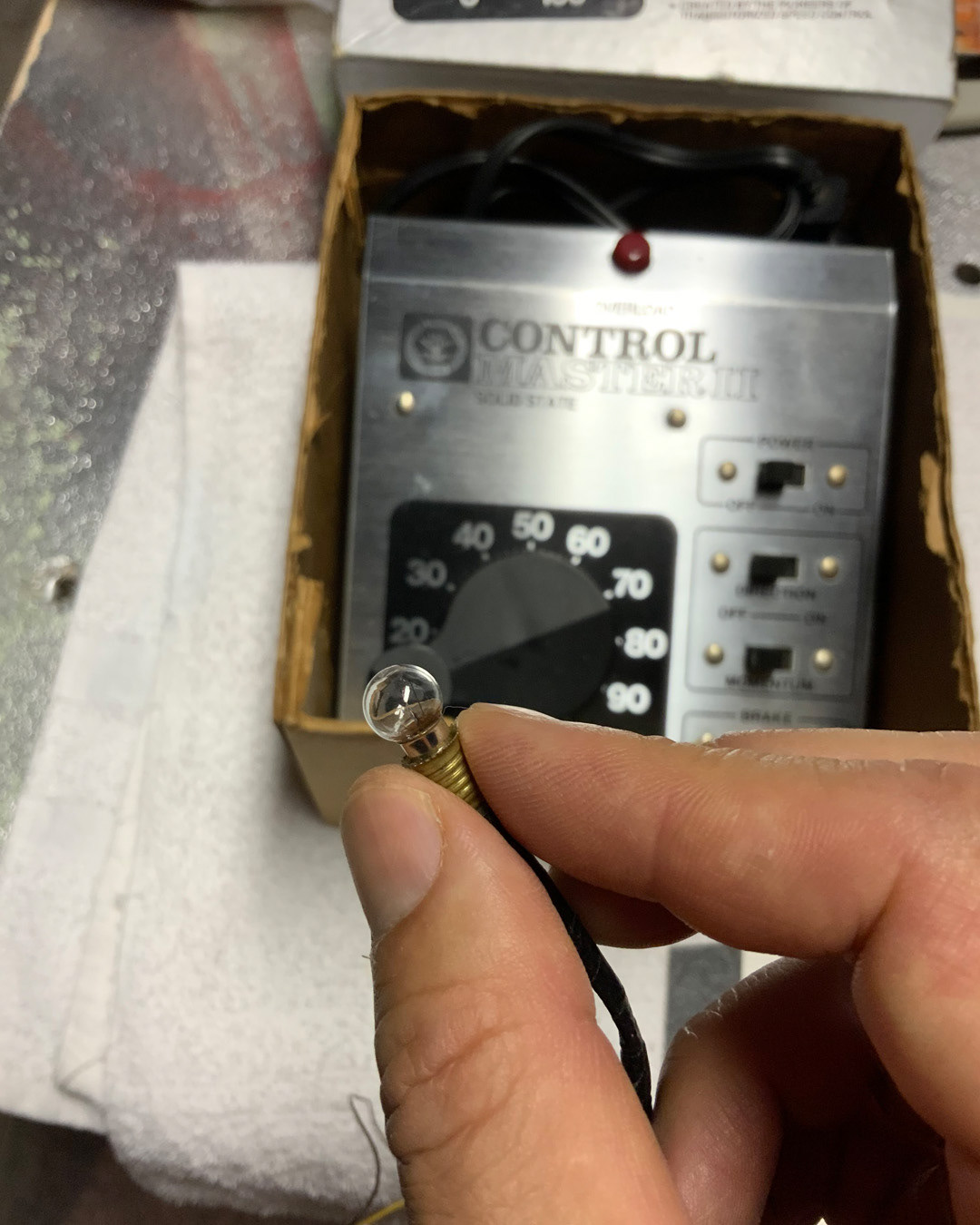 Creator, John Sumner, shared a bit about the process of making "Eli : Good Mourning, Eli" :⁠⠀
⁠⠀
"Crying Cycles for Eli:⁠⠀
When it's time for Eli to turn on the waterworks, I fabricated a couple of cycles of tears using hot glue and cardboard from a tissue box. I like using the hot glue to create pseudo-dimensional elements, especially anything that might be a liquid or slimy, because if you let enough of the hot glue come through your paint, it retains a reflective surface that picks up highlights nicely. Subtle, yet effective. These highlights can usually be toned down with a quick dab of black paint dry brushed on. Wipe off and repeat until desired sheen is achieved.⁠⠀
⁠⠀
Control Master 2 and Mini Lightbulbs:⁠⠀
To get the lightning effect for the rain cloud over Eli's head, I picked up this Control Master 2 power box and some mini incandescent light bulbs from The Trainshack in Burbank, CA. For those who've never been to The Trainshack, it's a dying breed of hobby store run by salty old men. Mostly their insults and pompous attitudes are limited to sarcasm amongst themselves. It's actually quite endearing if you imagine you're watching some old fashioned version of a cheesy reality show.⁠⠀
⁠⠀
For those not in the Burbank area, you can check out their website. https://trainshack.com/⁠
⁠⠀
The Control Master 2 is one of those items that was a backroom find amongst their secret hoarded treasure, and I had to search through a bunch of random cardboard boxes to find the right size lights. Totally worth it as it allows you to get an even current through the mini light while also controlling it's intensity."⁠
———⠀
Thank you for viewing Episode 6 of Animation Wild Card!
↑Back to Top